The $38 Trillion Cost of Regulation 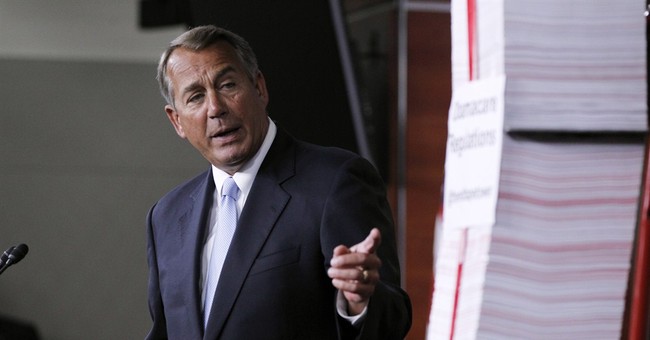 Federal regulations added over the past fifty years have reduced real output growth by about two percentage points on average [annually] over the period 1949-2005. That reduction in the growth rate has led to an accumulated reduction in GDP of about $38.8 trillion as of the end of 2011. That is, GDP at the end of 2011 would have been $53.9 trillion instead of $15.1 trillion if regulation had remained at its 1949 level (see chart above).

Incredibly, Perry estimates that the authors might actually be under-counting the effect of federal regulation, writing "they only include the cost of compliance and enforcement after the regulations are in place. The cost... doesn't include the burden of wasteful rent-seeking."

Nonetheless, this is an incredible chart to behold: