How to Save Money, Help the Housing Market and Boost the Economy 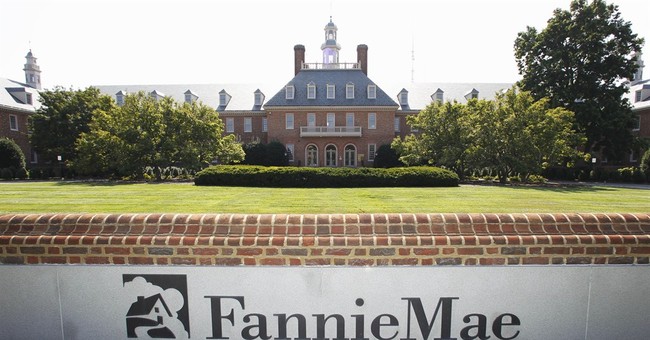 Since the 2008 housing crisis, Fannie Mae and Freddie Mac have owned over half of all outstanding mortgages in the United States, and a significant portion of those are underwater. The federal government has tried to alleviate the strain that underwater and delinquent mortgages are causing through various measures in the Home Affordable Modification Program (HAMP). Thus far, however, Fannie Mae and Freddie Mac haven't engaged in principal forgiveness - one of the most controversial and expensive parts of HAMP for private lenders.

Because Fannie Mae and Freddie Mac are in government receivership, however, the federal government already is on the hook for massive amounts of debt. Consequently, a new Congressional Budget Office study suggests that principal forgiveness could save taxpayer money if implemented properly. The CBO looked at three different principal forgiveness options, all of which would save varying amounts of money.

Here's how the CBO's proposal would work: HAMP-eligible borrowers would apply for mortgage modification, the GSE would determine which kind of modification - "standard HAMP" or a form of principal reduction - would save the government more money. The overall goal would be to alleviate mortgage debt and avoid further defaults from underwater homeowners. The total effect on the government's budget would be relatively small - in between $200 million and $2.8 billion, depending on what kind of principal forgiveness were adopted - but it could free tens of thousands of Americans from unfortunate situations and give a slight boost to the economy.

"Implementing one of the options could spur economic activity by boosting the amounts that households spend because of increases in their disposable income, net wealth, and creditworthiness," the CBO writes, but "the estimated aggregate financial benefit to households would be small." The upper limit on estimates for additional loan modifications is less than 100,000 out of 3 million seriously delinquent borrowers.

Conservatives can rightly be concerned about the moral hazard involved here. HAMP has been the subject of intense scrutiny when private lenders have taken advantage of the program - it's been used to the benefit of big banks, politically-favorable groups and bad borrowers. Tim Cavanaugh's piece on "The Lighter Side of Deadbeats" is essential reading here. While there would be mildly positive effects both on the federal budget and the economy, a principal-forgiveness version of HAMP applied to GSE loans could encourage some borrowers who aren't in bad shape to fudge some numbers in order to get a bailout, and could encourage borrowers in the future on the margins to take on loans that would stretch their finances.

But because this program would merely add an option to save the government money on debt that the government already owns, it's a lot more promising than the housing bailout for private lenders. Even so, the CBO does include options for minimizing moral hazard. "The most effective approach would be to offer principal forgiveness only to borrowers who were delinquent at the time the program was announced," the CBO report states.

There have been a small contingent of conservative economists pushing for public policy to address the still-sluggish housing market. Jim Pethokoukis at AEI wrote last year of a mortgage plan devised by AEI scholar Glenn Hubbard and economist Chris Mayer that amounts to a "center-right mass refi plan."

The CBO proposal wouldn't have the size, scope or effects of the plan that Pethokoukis wrote about, but it would be a modest boost to both government coffers and economic growth. It may be small and carry a marginal risk of incentivizing moral hazard, but it could also be a small step in the right direction for a still-recovering housing market and economy.