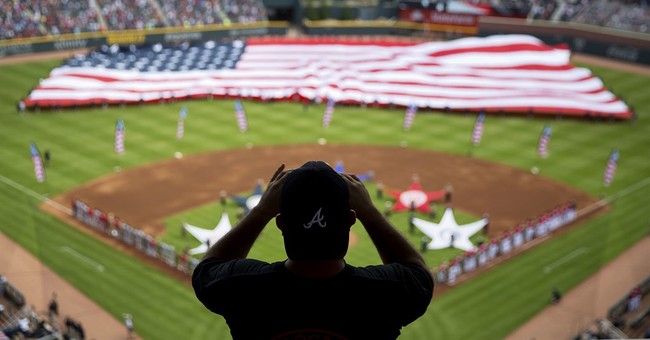 Nationalism is something that is misunderstood and demonized by both the left and right, asserted Lowry. Patriotism is loyalty to the fatherland, explained Lowry. Nationalism is the idea that people sharing a common culture and history should be autonomous and self-governing. Lowry went onto explain three key aspects of nationalism: it’s genealogy, it’s virtues, and finally, its’ universal aspect.

It begins with God, when He tells Abraham “I will make of thee a great nation.” Abraham is faithful to God and God is faithful to Abraham. Giving Abraham a nation with a specific people and a specific set of laws. The law is a key element of the Old Testament. The nation is unified for a brief time under David and Solomon. This is due to it being surrounded by conquering nations. But the idea of the unified people, the Israelites, never dies. The Jews return to their homeland because the idea, never dies.

That is nationalism in a nutshell. Three key elements of American nationalism, it begins with God, it identifies a specific group of people, and lastly it is an idea that never dies.

We see these elements in the founding of American history. Puritans believed that they were a unique people chosen by God. The Puritans considered revolting against the king of England in 1634. American Revolution is the most successful nationalist revolution in history. We are separate and equal people, to which the “laws of nature and nature’s God entitle us.” “America is not an idea…no one lives in an idea,” says Lowry. Land has been centrally important to America from the beginning.

2. We need to acknowledge the virtues of nationalism.

To make a nation state, you need a people. “Nations are never going away,” said Lowry. People value their own language, customs and history, and the right to govern themselves.

3. America has a universal aspect.

The bottom line of a nationalist program should be putting the national interest first, and protecting our sovereignty, as well as honoring our national symbols. Furthermore, it means insisting on national assimilation and the primacy of the English language. Lastly, we need to teach our history as it is, not a legacy of oppression and theft.  Lowry asserted “We must resolve to live as a free people and a free nation forevermore.”