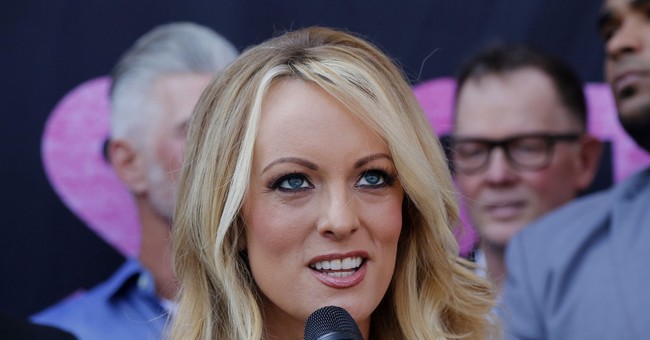 On July 25, Salon.com’s Adam Johnson published an article mocking MSNBC for its excessive coverage of the Stormy Daniels controversy. He even went as far as to point at that MSNBC has an egregious lack of coverage of the war on Yemen.

“On July 2, a year had passed since the cable network’s last segment mentioning U.S. participation in the war on Yemen, which has killed in excess of 15,000 people and resulted in over a million cases of cholera. The U.S. is backing a Saudi-led bombing campaign with intelligence, refueling, political cover, military hardware and, as of March, ground troops,” wrote Johnson.

According to Johnson, in the past year, MSNBC has reported on the Stormy Daniels controversy more than 455 times and has done no segment on the conflict in Yemen.

“Although I knew there was extreme MSNBC over-reporting about Stormy Daniels, even I was quite surprised at the high amount of coverage quantified…” wrote Newsbusters’ P.J. Gladnick.

From July 3, 2017, to July 3, 2018, "MSNBC dedicated zero segments to the U.S. war in Yemen, but 455 segments to Stormy Daniels. This isn’t to suggest the Stormy Daniels matter isn’t newsworthy — presidential corruption is per se important. But one has to wonder if this particular thread of venality is 455 stories more important than Trump aggressively supporting a war that’s killing hundreds of people a month, injuring thousands, and subjecting millions to famine and cholera,” Johnson noted.