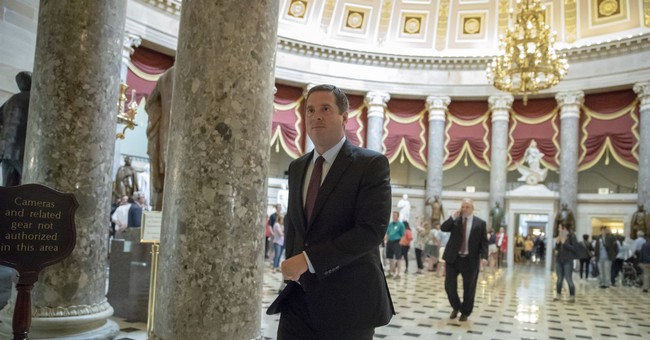 "Did the FBI use informants against members or associates of the Trump campaign and if so, how many informants were used and how much money was spent on their activities?" Nunes called this response elusive in a letter written on Sunday to Deputy AG Rod Rosentein, reports CNS News.

Nunes is requesting information as to whether or not Rod Rosenstein or FBI director Chris Wray are responsible for the response to the committee’s subpoena requests, as well as the requested information on the FBI informants.

Nunes is demanding answers to both of these questions by 5 p.m. today.

But those two letters have "raised more questions than answers. These questions include whether the FBI and Department of Justice leadership intend to obey the law and fully comply with duly authorized congressional subpoenas," said Nunes in his letter to the Deputy AG.

Nunes has experessed frustration that the DOJ has restricted access to the subpoenaed documents to the “gang of eight.” Nunes is now requesting to see transcripts of conversations between “human sources and Trump campaign officials,” however that request has been referred to the Director of National Intelligence, Dan Coats.

However Nunes said that the response “does not relieve the FBI and DOJ from full compliance with the Committee's subpoena."

Nunes said on ‘Fox and Friends’ this morning that based on past history of the FBI and DOJ, he did not expect them to meet the deadline.

Nunes acknowledged that while the FBI did provide many documents last week, they did not address the most important question, that being, "did you or did you not run informants in the Trump campaign especially before the investigation even began?"

Nunes said that Congress needs to be aware if counterintelligence agencies are being used as a tool to target political campaigns.

I have tried to stay uninvolved with the Department of Justice and FBI (although I do not legally have to), because of the now totally discredited and very expensive Witch Hunt currently going on. But you do have to ask why the DOJ & FBI aren’t giving over requested documents?