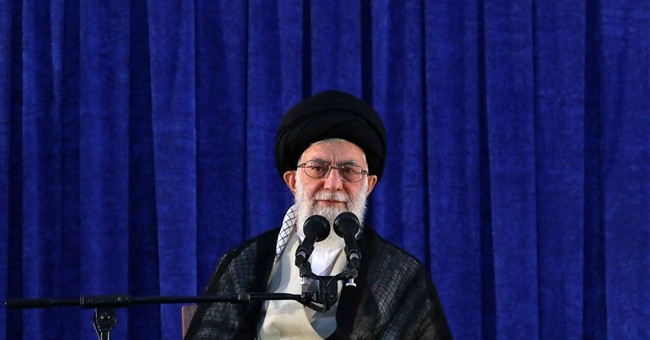 Ayatollah Ali Khamenei, the Supreme Leader of Iran, weighed in on the immigration uproar concerning the zero-tolerance policy and the separation of children from parents on Wednesday.

“One cannot watch with a sound state of mind these children crying on TV,” he said, according to a report from khamenei.ir. “How can they commit such a crime of separating children from their mothers for the excuse of implementing some policy? This shows how evil they really are,” said Kahmenei.

In an op-ed that appeared in Kayhan, a hardline Iranian newspaper whose editor is appointed by Khamenei, the op-ed used the phrased “Trump’s toddler terrorism” and expressed a sentiment in hopes that President Trump would be impeached.

“Khamenei presides over a regime widely condemned for human rights abuses, and children are not exempt,” reports CNS News.

“For centuries children have been involved in military campaigns—as child ratings on warships, or as drummer boys on the battlefields of Europe. Indeed the word 'infantry', for foot-soldiers, can also mean a group of young people. What is frightening nowadays is the escalation in the use of children as fighters. Recently, in 25 countries, thousands of children under the age of 16 have fought in wars. In 1988 alone, they numbered as many as 200,000,” during Saddam Hussein’s Iran from 1980-88 according to reports.

More recent allegations of human rights violations that the State Department has directed at Iran include:

--Girls may be legally married at 13, although girls as young as nine may be married with the permission of their fathers and a court.

--At least 86 juveniles were on death row in Iran last year and at least four were executed, according to U.N. human rights monitors.

--The U.N. Committee on the Rights of the Child has reported “widespread discrimination against children of ethnic minorities” in Iran.

--Street children are “subjected to various forms of economic exploitation, including sexual abuse and exploitation by the public and police officers.”

--The report said child labor remains a serious problem in Iran. Children, many of Afghan descent, are detained for working as street vendors in major cities.

Khamenei has been the Supreme Leader of Iran since 1989.