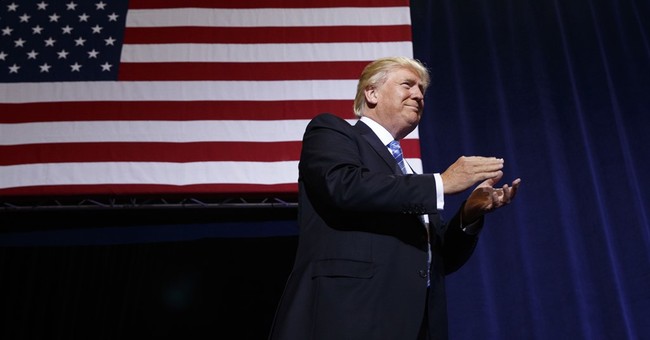 "Rarely does someone give the GOP proper credit for our diversity, but in particular, this community has emerged as very enthusiastic supporters of the Party and President Trump’s agenda, and for our part at the RNC, we’re capitalizing on that enthusiasm,” RNC APA Press Secretary Miki Carver told Townhall.

The RNC has been traveling the country to empower American Pacific Islander (API) communities, hosting multiple trainings with API leaders across the country. The Republican Leadership Initiative is a national training program of the RNC that is designed to equip the next generation of grassroots leaders. RLI is the flagship program of the RNC and it is how the RNC maintains their permanent, data-driven field program all year long. The RNC is constantly training RLI leaders however, on June 1st, the RNC shifted their focus to planting RLI trained leaders in communities where they will be focused on making voter contacts.

In February, the RNC held an RLI Training at a New York locally owned restaurant and over 70 members of the American Pacific Asian (APA) community. It was triple the size of the average RLI training. The committee mused that the impressive turnout is likely due to the community's emphasis on jobs and the economy.

“Economic uncertainty was the single most significant challenge to their business, followed by taxes and poor sales,” according to the findings of the U.S. Bank National Association October 2017 survey.

According to a June 2016 report from the Office of Advocacy of U.S. Small Business Administration, small business accounted for 63.3 percent of new jobs. “Small businesses as a whole support nearly half of all private sector employees,” Carver said.

“Our APA fellows have helped to grow the Party’s presence across the country,"she added. "Now that they are trained, they are ready to help us get our message of economic prosperity out to their neighbors and friends."