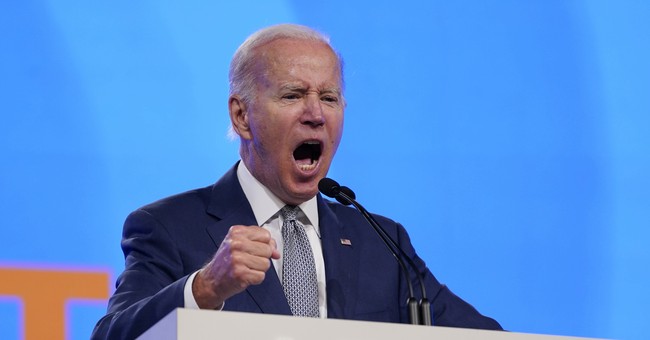 President Joe Biden has released a statement in response to the Supreme Court protecting the Second Amendment rights of Americans to keep and bear arms.

"I am deeply disappointed by the Supreme Court’s ruling in New York State Rifle & Pistol Association v. Bruen," Biden said. "In the wake of the horrific attacks in Buffalo and Uvalde, as well as the daily acts of gun violence that do not make national headlines, we must do more as a society — not less — to protect our fellow Americans," he continued. "This ruling contradicts both common sense and the Constitution, and should deeply trouble us all."

In typical fashion, Biden is dishonestly conflating law abiding concealed carry permit holders -- of which there are millions in numerous states across the country -- with deranged, evil killers. Further, given the ruling of 6-3 at the Supreme Court Thursday morning, Biden's claim of constitutional contradiction is false.

As Justice Clarence Thomas wrote in the majority opinion, the Second Amendment is not a second class right.

"The constitutional right to bear arms in public for self-defense is not 'a second-class right, subject to an entirely different body of rules than the other Bill of Rights guarantees,'" Thomas wrote. "The exercise of other constitutional rights does not require individuals to demonstrate to government officers some special need. The Second Amendment right to carry arms in public for self-defense is no different. New York's proper-cause requirement violates the Fourteenth Amendment by preventing law-abiding citizens with ordinary self-defense needs from exercising their right to keep and bear arms in public."