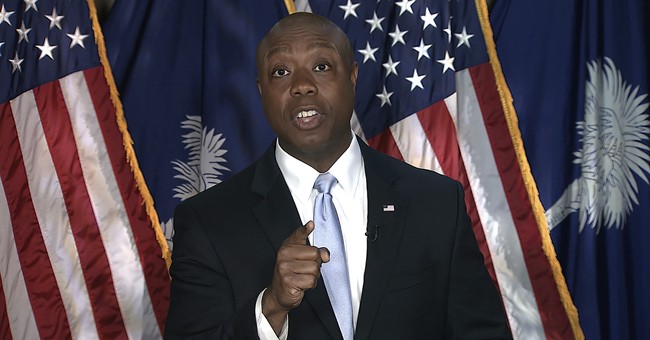 "After the radical ‘defund the police’ movement helped create the current crime wave, President Biden is pursuing a partisan approach to many of the exact same policy solutions I proposed in the JUSTICE Act just two year ago. The fact is Democrats used a filibuster they call racist to block my reforms that they’re now embracing," Scott released in a statement. "While my proposal added funding to help local law enforcement comply with higher standards, the Democrats' proposal sets departments up for failure by issuing unfunded federal mandates. Making it harder for police to do their jobs to the best of their ability should be a nonstarter, yet that’s exactly what the Biden plan does. I’m disappointed that the president who campaigned on unity has once again fallen into the trap of divisive politics."

"It’s a measure of what we can do together to heal the very soul of this nation; to address the profound fear and trauma, exhaustion that particularly Black Americans have experienced for generations; and to channel that private pain and public outrage into a rare mark of progress for years to come," Biden said. "Without public trust, law enforcement can’t do its job of serving and protecting all of our communities.  But as we’ve seen all too often, public trust is frayed and broken, and that undermines public safety."

Given Biden skipped Congress, some are asking whether the executive order is constitutional.