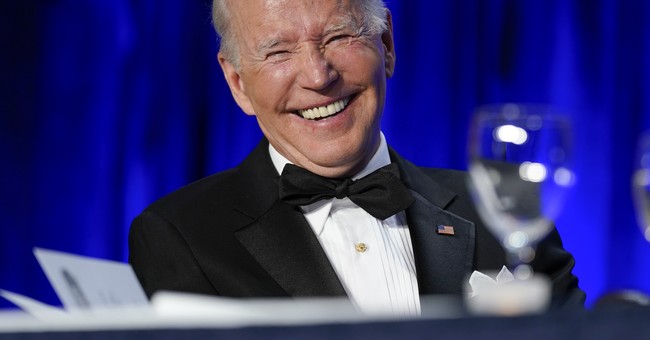 New economic numbers show during the first quarter of the year, the U.S. Gross Domestic Product shrank by 1.5 percent.

"Real gross domestic product (GDP) decreased at an annual rate of 1.5 percent in the first quarter of 2022 (table 1), according to the "second" estimate released by the Bureau of Economic Analysis," the BEA released Thursday morning. The GDP estimate released today is based on more complete source data than were available for the "advance" estimate issued last month.  In the advance estimate, the decrease in real GDP was 1.4 percent. The update primarily reflects downward revisions to private inventory investment and residential investment that were partly offset by an upward revision to consumer spending."

Worse than expected #GDP down 1.5% versus and estimate of down 1.3%. This is the second reading. @MorningsMaria @FoxBusiness

The Biden economy is a catastrophic nightmare.

Meanwhile, inflation and gas prices continue to hit new records with no signs of slowing down.

Gas prices have soared so high that the US is now seeing demand destruction ahead of the summer driving season https://t.co/mp0Z9dgTcq