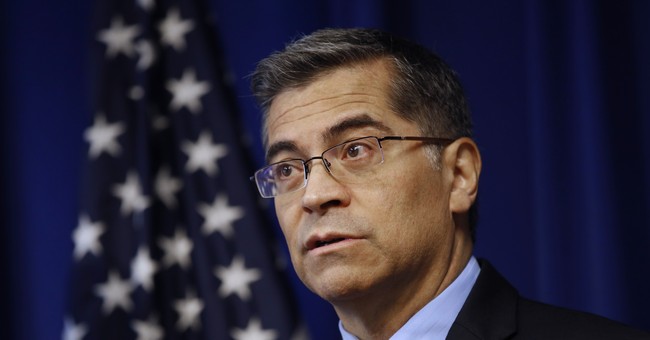 As the nation's baby formula shortage continues to worsen by the day, Health and Human Services Secretary Xavier Becerra has been missing in action.

The former California attorney general, who has no health experience, only released a statement on the issue over the weekend.

Still blown away that Xavier Becerra, the head of HHS, hasn’t said a word about and seems to have zero engagement on the baby formula crisis.

Very similar to his role in the global pandemic. https://t.co/YTaa1tAVtI

Love this - a few hours after my tweet Becerra finally acknowledges the baby formula crisis he should have been ahead of months ago.

I just can't believe the activist lawyer with no health experience has been such a catastrophic failure at HHS.https://t.co/vDks5qWtlt

Biden said on Friday that he took months to act because he's not a "mind reader." pic.twitter.com/s13ezFeqym

Before leaving for Delaware on Friday, President Biden claimed his administration started working on the problem as soon as they became aware of an issue, implying they were caught off guard.

Biden says that his administration could have acted sooner on the baby formula shortage "if we had been better mind readers."

"We moved as quickly as the problem became apparent to us." pic.twitter.com/YPbZuZCCvO

The day before the statement, then-White House Press Secretary Jen Psaki claimed the administration had been working on the crisis for months.

REPORTER: "He would have known about [the baby formula shortage] before this week. It wasn't like this suddenly popped up..."

PSAKI: "This has been something the administration has been working on for some time now." pic.twitter.com/glTTKXmca0

Meanwhile, Biden's FDA is under fire from Democrats and Republicans on Capitol Hill.

Formula Shortage: Just wrapped a press call with Rep. Rosa DeLauro, whose subcommittee overseas the FDA. She says both Abbott and the FDA need to be held accountable: Abbott knowingly sold contaminated product + FDA also knew and dragged its feet in telling the public.