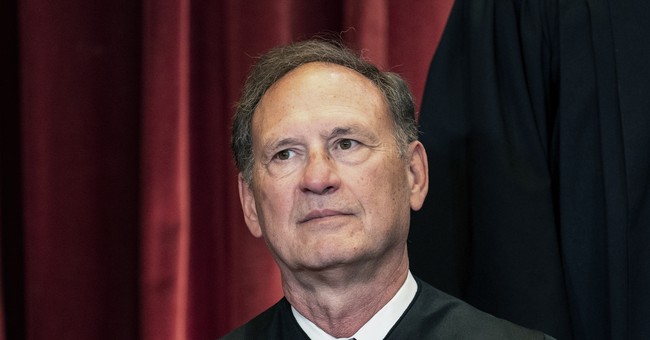 Meanwhile, the White House and Democrats on Capitol Hill have not only condemned the practice of showing up at private residences, but continue to encourage the behavior.

On Wednesday evening, a number of people marched to the home of Justice Amy Coney Barrett.

Earlier in the week, protestors shouting obscenities went back to Justice Alito's house.

Pro-abortion protesters shout “Fuck you, Alito” and “abort the court” as they leave his house. pic.twitter.com/g5dnB7TcIm

A number of Republican Senators called on Garland in recent days to prosecute those engaged in "flagrantly illegal" behavior by showing up at private residences with the goal of pressuring justices to change their draft opinion overturning Roe v. Wade.