Obama Gets Wrecked Over Lies About the 'Culture Wars' 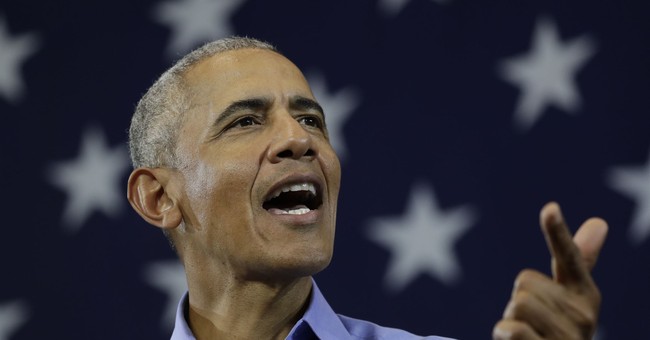 Over the weekend, former President Barack Obama made a visit to Virginia and campaigned for flailing Democrat gubernatorial candidate Terry McAuliffe.

Former President @BarackObama: "We don't have time to be wasted on these phony trumped-up culture wars, this fake outrage, the right-wing media's pedals to juice their ratings." pic.twitter.com/bmMnet8q5X

Obama's remarks came shortly after it was revealed a girl was raped at a Loudoun County school by a "gender fluid" boy wearing a skirt. The boy was then quietly moved to another school, where he allegedly assaulted another student. The Loudoun County school board, which has been pushing transgender policies onto children and parents, knew about the situation and covered it up.

To say the least, Obama's remarks were unwelcome, out-of-touch and quickly refuted.

My kids’ schools were shut down for a year. A girl was raped in a bathroom in Loudon County. Terry McAuliffe said I shouldn’t have a say in my child’s education. Not one of those things is “phony” or “trumped up.” https://t.co/4qasFYoi91

Virginia public schools have pushed critical race theory in the classroom, suppressed concerned parents at school board meetings, and covered up for a gender-fluid sexual predator, who allegedly raped two innocent girls. https://t.co/huMrFirb7v

The President who forced nuns to pay for birth control has some thoughts on the “phony” culture wars https://t.co/Ako1RH05hC

Incredibly disappointed that a former president would send this message in light of such a serious and egregious situation in Loudoun County. Parents have every right to be outraged over what happened, as we should be. https://t.co/4PeRYOykxs

What is phony exactly? The school rape coverup or Terry McAuliffe saying parents shouldn’t be involved in their child’s education?

Shameless gaslighting to prop up a candidate the left knows is in serious trouble.

Get out and vote Virginia! https://t.co/WMgzQNCOVt

Sorry, but McAuliffe saying that parents shouldn't be in charge of their children's education and the Loudoun County school board lying to parents about sexual assaults in bathrooms isn't "trumped up cultural wars" https://t.co/fRWi9XfK6C

Let's be clear: THEY are waging the culture war. WE are fighting back.

Covering up a sexual assault in school restrooms to push a transgender policy in gov't schools is the definition of waging a culture war. https://t.co/6sg7KwiG66