Is Biden Doing Anything to Increase U.S. Energy Production? 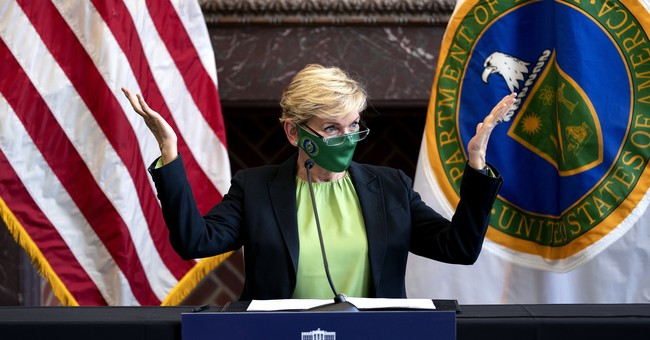 As Americans brace for an energy price increase of up to 54 percent this winter, a group of Republican lawmakers are pressing the Biden administration about what they're doing to increase American energy production.

"Since President Biden took office, the prices of crude oil and many energy commodities have risen to seven-year highs. Retail gasoline prices have increased 80 percent, natural gas prices have increased 274 percent, and propane prices have increased 552 percent over the past year-and-a-half," Republicans on the House Energy Committee wrote in a recent letter to Energy Secretary Jennifer Granholm. "The energy crisis gripping the nation threatens to reverse the progress made under the prior Administration to allow the U.S. to become energy secure. As you know, the U.S. was a net energy exporter in 2019 for the first time since 1952; however, since March our reliance on foreign crude oil imports has skyrocketed."

"We are deeply concerned that the Administration’s anti-fossil fuel agenda is significantly contributing to higher bills for American families and businesses. On his first day in office, President Biden revoked the permit for the Keystone XL pipeline and imposed a moratorium on fossil energy development on Federal lands and waters," the letter continues. "In recent comments, you indicated that DOE could respond to high gasoline prices by releasing emergency oil reserves from the Strategic Petroleum Reserve (SPR) or reinstate the ban on crude oil exports that Congress repealed on a bipartisan basis in 2015. These actions and statements, combined with the Administration’s goals to increase further environmental regulations and mandate economy-wide net- zero greenhouse gas emissions, have a chilling effect on domestic energy infrastructure investments and supplies."

During her tenure at the Department of Energy, Granholm has been focused on fighting "climate change" and moving the American transportation system to the electric grid. Republicans are asking her to provide examples of how the Biden administration plans to bolster U.S. energy resources before the winter hits.

"In light of your responsibilities, and to assist with our own assessment of the emerging impacts of higher energy prices...please describe what specific actions DOE is currently taking, or planning to take in the immediate future, to address energy prices and supply shortages ahead of the upcoming winter," they wrote.

Some basic questions from @HouseCommerce as Biden Admin continues its assault on oil and gas.

What’s being done to increase AMERICAN energy production? How much should people expect to spend to heat their homes this winter? Can we please stop flirting with the Green New Deal? https://t.co/1bKAi8FXOg