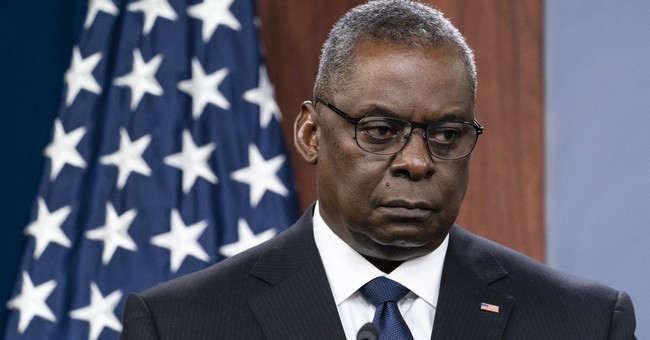 Secretary of Defense Lloyd Austin was asked by the Senate Foreign Relations Committee to testify alongside Secretary of State Antony Blinken Tuesday about the catastrophic exit from Afghanistan, but failed to show up.

"I’m very disappointed that Secretary Austin declined our request to testify today. A full accounting of the U.S. response to this crisis is not complete without the Pentagon, especially when it comes to understanding the complete collapse of the U.S.-trained and funded Afghan military. His decision not to appear before the committee will affect my personal judgment on Department of Defense nominees," Menendez said. "I expect the Secretary will avail himself to the committee in the near future. And if he does not, I may consider the use of committee subpoena power to compel him and others over the course of these last 20 years to testify.”

Austin's refusal to participate comes just days after it was revealed the Pentagon didn't drone ISIS-K members planning attacks in Kabul, but instead killed an Afghan aid worker and members of his family, including children.

Ahmadi was a 14-year employee of Nutrition & Education International, a U.S. NGO that fights malnutrition. He helped start up soy factories, repair machinery, transport his colleagues and distribute food from his Corolla to displaced Afghans. pic.twitter.com/S7r1TyHBs0

Pentagon spokesman John Kirby was again asked about the situation Monday and declined to confirm who was killed.

They can confirm who was killed. And if it were really ISIS-K, they would be naming them. So, we know what happened here. https://t.co/fiA2lNg5ih