"The White House has rejected a nationwide vaccine mandate—a sweeping suggestion that the Biden administration could not easily enact if it wanted to—but a no-fly list for unvaccinated adults is an obvious step that the federal government should take," Kayyem argued.

Republican Senator Rand Paul is blasting the suggestion, especially coming from a former federal government official who once had a lot of power over people's lives.

"Obscene. If we now disagree in our personal medical decisions with the left, they're going to declare that we're terrorists and can't fly? But even on the practicality of it, even if you said 'okay, we're going to do this,' even the CDC says you're not supposed to get vaccinated if you've been infected within three months. So what are you going to do? Tell people they can't fly for three months according to the CDC," Paul said during an interview with Fox News. "I and other doctors actually think the your immunity from being infected is going to last a lot longer...I do believe natural immunity should be taken into account. But even according to the CDC this idiot would have us not flying for three months so it makes no sense. It is complete collectivism."

"These are the same people who hooted and hollered and said, 'Trump is leading us to authoritarianism.' What could be more authoritarian than the no-fly list for people who disagree with you?" he continued.

What could be more authoritarian than the no-fly list for people who disagree with you? pic.twitter.com/R7sv9imMkJ 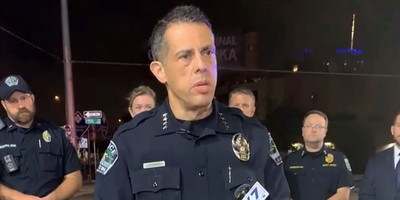