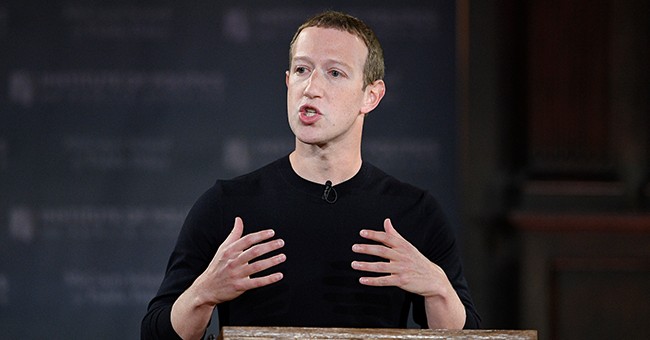 Speaking to reporters at the White House Thursday afternoon, Press Secretary Jen Psaki explained how the White House and the federal government are working to flag posts on Facebook which they see as "problematic."

Surgeon General Vivek Murphy is advocating for harsh punishments for those in violation.

But what's problematic is this type of approach and censorship from the government.

Early last year Facebook CEO Mark Zuckerberg emailed Dr. Anthony Fauci offering a partnership to promote and police information about Wuhan coronavirus. That led to Facebook, at Fauci's direction, censoring the lab leak theory for more than year. Only recently did Facebook start allowing posts about the theory, which is exceedingly credible, to remain on the platform.

"Facebook will no longer take down posts claiming that Covid-19 was man-made or manufactured, a company spokesperson told POLITICO on Wednesday, a move that acknowledges the renewed debate about the virus’ origins," POLITICO reported in May. "Facebook’s policy tweak arrives as support surges in Washington for a fuller investigation into the origins of Covid-19 after the Wall Street Journal reported that three scientists at the Wuhan Institute of Virology were hospitalized in late 2019 with symptoms consistent with the virus. The findings have reinvigorated the debate about the so-called Wuhan lab-leak theory, once dismissed as a fringe conspiracy theory."

Since January 2020, Facebook has removed hundreds of posts about Wuhan coronavirus, citing "misinformation" pointed out by "fact checkers." Dr. Fauci was falsely downplaying the lab leak theory, the media called it a conspiracy theory and Facebook, using Fauci as an "authoritative" source, engaged in censorship on the topic.

We now know Fauci had good reason to censor the topic due to his funding of the Wuhan Institute of Virology, where scientists were conducting previously banned Frankenstein like gain-of-function research.