The Language Shift on Critical Race Theory is Officially Here 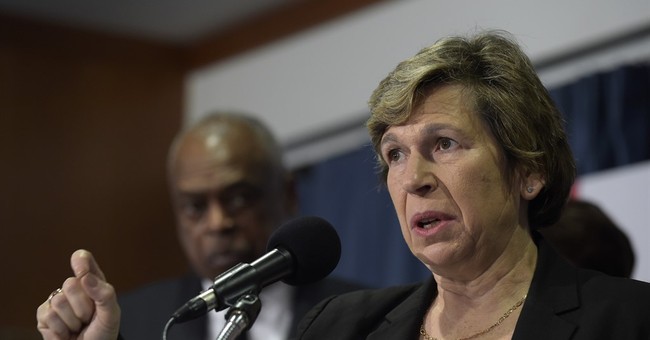 Teachers in schools districts across the country, but particularly in northern Virginia, are successfully fighting against the teachers unions.

For weeks, concerned parents of all backgrounds have attended school board meetings to oppose critical race theory, which teaches children to hate each other based on the color of their skin.

Everyone should hear what this dad has to say about Critical Race Theory.

Now, they're trying to change the language and definition of CRT in order to continue teaching it in schools. Worse, they're gaslighting parents and lying about it.

“Critical Race Theory is not taught in elementary schools or middle schools or high schools.”

“Culture warriors” are “bullying teachers and trying to stop us from teaching accurate history.”
pic.twitter.com/PISmLc9iNc

.@rweingarten with the left’s really bad talkers: “Culture warriors are labeling any discussion of race, racism, or discrimination as CRT to try to make it toxic.”

Oh I see what they’re doing here. They’re now rebranding (h/t @InezFeltscher) and making is seem like critical race theory and common history are the same thing. They aren’t. https://t.co/OFFftrt9bn

CRT is a leftist ideology that breaks Americans into groups based on race and skin color. Rebranding it as "common history" doesn't change it's cynical goal of tearing the country apart.