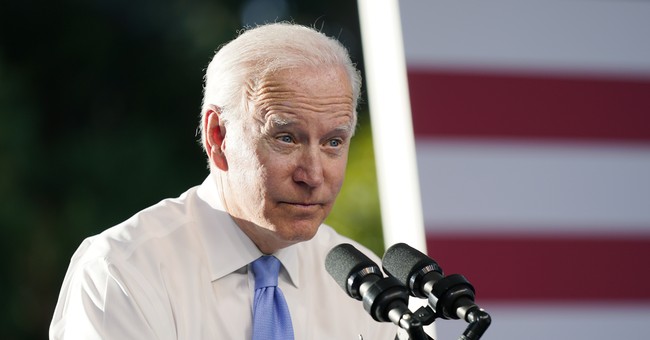 "At a press conference after announcing the bipartisan agreement, I indicated that I would refuse to sign the infrastructure bill if it was sent to me without my Families Plan and other priorities, including clean energy. That statement understandably upset some Republicans, who do not see the two plans as linked; they are hoping to defeat my Families Plan—and do not want their support for the infrastructure plan to be seen as aiding passage of the Families Plan. My comments also created the impression that I was issuing a veto threat on the very plan I had just agreed to, which was certainly not my intent," President Biden said in a lengthy statement over the weekend. "So to be clear: our bipartisan agreement does not preclude Republicans from attempting to defeat my Families Plan; likewise, they should have no objections to my devoted efforts to pass that Families Plan and other proposals in tandem. We will let the American people—and the Congress—decide."

"The bottom line is this: I gave my word to support the Infrastructure Plan, and that's what I intend to do. I intend to pursue the passage of that plan, which Democrats and Republicans agreed to on Thursday, with vigor. It would be good for the economy, good for our country, good for our people. I fully stand behind it without reservation or hesitation," he continued.

But even if Republicans stick to the infrastructure agreement, the implementation of its projects is set to hit a massive roadblock of environmental regulation. In other words, Washington, D.C., is set to spend $1 trillion and the projects have a significant chance of never being completed. From the National Taxpayers Union:

Unlocking our nation's infrastructure potential is more important than ever, and we urge Congress to seriously make infrastructure a priority this year. It must be noted, however, that the biggest roadblock to building and repairing existing roads, bridges, and tunnels stems not from a lack of funding, but rather overly burdensome regulations like those contained in the National Environmental Policy Act of 1969 (NEPA). This 50 year old statute is designed to ensure infrastructure and energy projects consider environmental factors prior to development. Agencies must consider the aesthetic, historic, cultural, economic and social effects of proposed actions. This vague mandate sets the stage for stifling red tape, bureaucratic discretion, and endless legal challenges by environmentalists.

The overall goal of NEPA is well intended: to protect the environment and the American people from overbuilding, pollution, and noise pollution. However, 50 years since its enactment, it’s clear that NEPA has had a negative effect on the economy and jobs, as well as the ability to complete new construction projects. In fact, according to the Department of Treasury, the average time to complete a NEPA study increased from 2.2 years in the 1970s, to 4.4 years in the 1980s, to 6.6 years in 2011. Every delay increases project costs and postpones the benefits of modern — and safer — infrastructure with little evidence of an environmental benefit.

For taxpayers and private investors that finance these projects, it should be unacceptable that these needless delays continue to swell. The United States has a long tradition of building impressive structures, and the government-driven delays ingrained into our permitting process undermines this history.

President Biden will be in Wisconsin Tuesday promoting the plan.