Biden's War on U.S. Energy Continues, This Time in Alaska 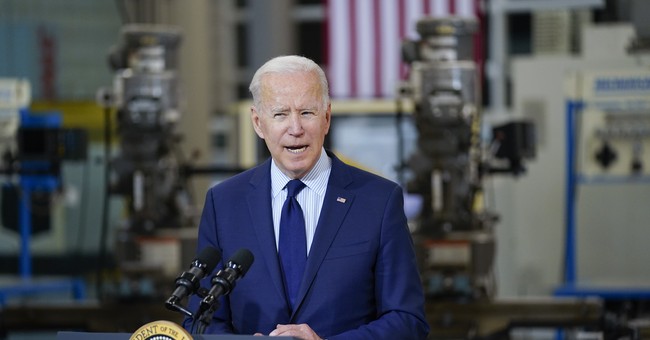 At the direction of President Joe Biden, Department of Interior Secretary Deb Haaland has suspended oil and gas leasing in the Arctic National Wildlife Refuge.

"The Department of the Interior today suspended all activities related to the implementation of the Coastal Plain Oil and Gas Leasing Program in the Arctic National Wildlife Refuge pending completion of a comprehensive analysis under the National Environmental Policy Act (NEPA)," Interior released a statement late Tuesday. "The Department is notifying lessees that it is suspending oil and gas leases in the Arctic Refuge, pending the review, to determine whether the leases should be reaffirmed, voided, or subject to additional mitigation measures."

"Under the previous administration, the Bureau of Land Management (BLM) established and began administering an oil and gas program in the Coastal Plain of the Arctic Refuge. After the BLM prepared the “Coastal Plain Oil and Gas Leasing Program Environmental Impact Statement” (EIS) under NEPA, the BLM held a lease sale on January 6, 2021, and subsequently issued 10-year leases on nine tracts covering more than 430,000 acres," the statement continues. "On Day One, President Biden issued Executive Order 13990, directing the Interior Department to review oil and gas activity in the Arctic Refuge. After conducting the required review, the Department identified defects in the underlying Record of Decision supporting the leases, including the lack of analysis of a reasonable range of alternatives in the EIS conducted under NEPA."

Following the cancellation of the Keystone XL pipeline and a pause on natural gas permits on federal land, the move is another blow to American energy independence by the Biden Administration.

Alaska's Senators, who voted to confirm Haaland, are blasting the move.

This action serves no purpose other than to obstruct Alaska’s economy & put our energy security at great risk. Alaskans are committed to developing our resources responsibly & have demonstrated our ability to do so safely to the world. https://t.co/BrCV0FGMDe