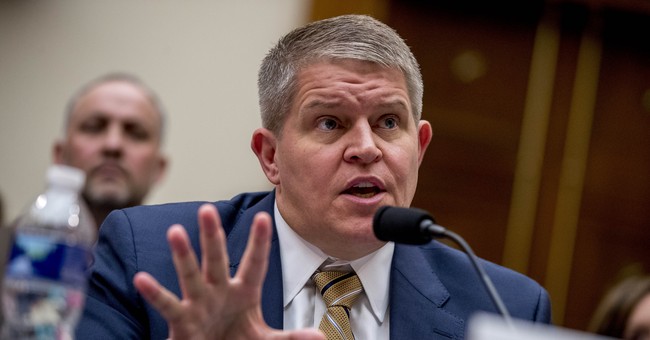 Organizations dedicated to defending the Second Amendment rights of Americans are sounding the alarm as President Joe Biden's nominee to lead the Bureau of Alcohol, Tobacco and Firearms, David Chipman, testifies for his confirmation hearing on Capitol Hill.

"The nomination of Chipman is a troubling reversal of years of pro-active safety cooperation between ATF and our industry.  It is an undeniable targeting of a Constitutionally protected industry by President Biden who called us “the enemy.” It is also a reckless betrayal of the brave men and women of the ATF who have a difficult enough job without the politicization of the ATF. Under Chipman ATF will pivot from enforcing the laws enacted by Congress to political activism," National Shooting Sports Foundation Senior Vice President Larry Keane writes. "Chipman is wholly unqualified to lead the men and women of the ATF. He surrendered any notion of being able to execute the duties the office requires when he became a lobbyist for Michael Bloomberg’s Everytown for Gun Safety and later for Giffords gun control group, along with his position as senior policy advisor at Giffords Law Center to Prevent Gun Violence."

ATF deserves a leader, not a former gun control lobbyist with a political agenda. The Senate must reject this nomination. https://t.co/b3Xi4tzHKu pic.twitter.com/opvxM0hx23

“Many see putting a committed gun control proponent, like David Chipman, in charge of ATF... is like putting Antifa in charge of the Portland police department.” –Sen. @ChuckGrassley #OpposeChipman pic.twitter.com/FTW2mcW6Gq

Since Chipman was nominated in April and on the same day President Biden signed a number of gun control executive actions, Republicans have opposed his nomination.

"If confirmed, David Chipman would use every tool at his disposal to attack American gun owners and we respectfully ask you to oppose any and all action that would advance his confirmation in the Senate," dozens of  House Republicans wrote in a letter.

Republican Attorneys General are also strongly urging the Senate to deny his confirmation.

"The Second Amendment is the cornerstone of the Bill of Rights. It guarantees our natural God-given right to defend our lives, our families, our property, and our freedom. The confirmation of David Chipman to head the Department of Justice’s Bureau of Alcohol, Tobacco, Firearms and Explosives (“ATF”) is an attack on that right and on the millions of law-abiding gun owners across the country," Twenty Attorneys General wrote in a letter to the U.S. Senate leadership. "Firearms are far beyond a hobby or a passion. They are a part of our national heritage and everyday life for tens of millions of Americans, particularly those of us who live in rural areas. We use them to hunt, protect livestock, and provide peace of mind when law enforcement may be miles away. This is why Mr. Chipman’s past affiliation with anti-gun organizations and his extreme positions on commonly owned firearms is so concerning to us as attorneys general and why he is unfit to be confirmed as head of the ATF."