Wait, That's How the FBI Labeled the Attempted Assassination of Republicans on a Baseball Field? 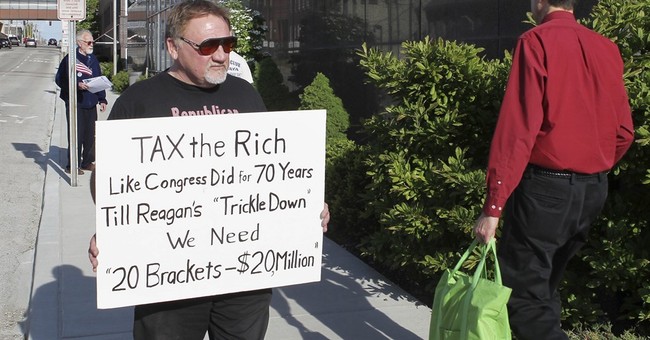 According to Congressman Brad Wenstrup and first reported by POLITICO, the FBI classified the motive behind the 2017 attempted assassination of Republicans practicing for the annual Congressional Baseball Game as "suicide by cop."

Rep. Brad Wenstrup (R-Ohio) revealed the previously undisclosed determination during a hearing of the House Intelligence Committee on Thursday, upbraiding FBI Director Christopher Wray and prompting several colleagues of both parties to pile on. He said FBI agents privately briefed the baseball team on Nov. 16, 2017 to deliver the controversial determination.

“Much to our shock that day, the FBI concluded that this was a case of the attacker seeking suicide by cop,” Wenstrup said. “Director, you want suicide by cop, you just pull a gun on a cop. It doesn't take 136 rounds. It takes one bullet. Both the DHS and the (Office of the Director of National Intelligence) published products labeling this attack as a domestic violent extremism event, specifically targeting Republican members of Congress. The FBI did not.”

Wray did not directly address Wenstrup’s criticism, other than to confirm he was not the FBI director at the time — a role held in June 2017 by Andrew McCabe — but said he was grateful to Capitol Police and to Wenstrup, a doctor, who used his skills that day to triage injured lawmakers and others who joined them.

The classification is outrageous given the facts we know about the suspect, James T. Hodgkinson.

Hodgkinson cased the location before the attack and specifically asked if the people on the field were Republicans.

Once confirmed, Hodgkinson came back with a rifle and nearly killed Republican Whip Steve Scalise. He wounded four others before he was shot and killed by U.S. Capitol Police. He was a Bernie Sanders supporter and worked on his campaign as a volunteer.

Hodgkinson's anti-Republican views are detailed in his Secret Service file, which makes the motivation behind the attempted assassinations clear:

-Openly shared his anti-Republican views with friends, family, and others; attended protests; wrote letters to his local paper expressing discontent with economic inequality and taxes; never made a threat

-During the presidential campaign and following the election, others noted changes in his behavior as he became increasingly unhappy, angry, and more politically charged. This was evident in his online postings in which he referred to President Trump as a traitor, stating “It’s Time to Destroy Trump & Co.” His anger was also evident the day prior to his attack, when he took his van to a service center and the manager mentioned that he had to work six days a week.

-People familiar with him reported that Hodgkinson appeared greatly affected by the 2016 presidential election. According to his wife, he became intensely upset and angry about politics during this election cycle. During the campaign, Hodgkinson was an avid supporter of Presidential Candidate Bernie Sanders and volunteered for the senator’s campaign in Illinois.

-On March 22, 2017, Hodgkinson posted on his Facebook page that he signed a Change.org petition calling for the removal of the President and Vice President of the United States from office for treason. He also commented on his post saying, “Trump is a Traitor. Trump Has Destroyed Our Democracy. It’s Time to Destroy Trump & Co.”