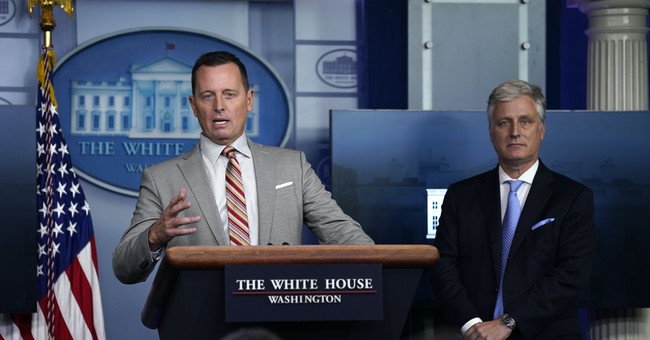 Your Russian conspiracy theories are all about politics.

You and @AdamSchiff have manipulated intelligence for political gain over and over.

Who is your editor, John?

You certainly did NOT confirm this story. https://t.co/aYo19jH75U

Hey Kyle, hey @jack, hey @Twitter - why is this tweet still up and not given a disputed warning?! https://t.co/jx0B2RQrO2

You were wrong. You manipulated intelligence for political gain. https://t.co/jmO29TGZIw

The DC media have also been caught interfering in the 2020 election.

They told us not to look at Hunter Biden’s laptop because it was Russian disinformation.

They told us Trump ignored Russian bounties on US troops. https://t.co/vX0mjNBPZA

At the White House Thursday, Press Secretary Jen Psaki was asked about President Biden repeatedly using the false story to attack Trump on the 2020 campaign trail.

"Does the President have any regrets for how many times he attacked President Trump on the campaign about this issue for not taking action related to the Russian bounties?" a reporter asked.

"Well, I'm not going to speak to the previous administration. But I will say that we had enough concern about these reports and about the targeting of our men and women serving -- the men and women who are proudly serving around the world -- that we wanted our intelligence community to look into it," Psaki answered.