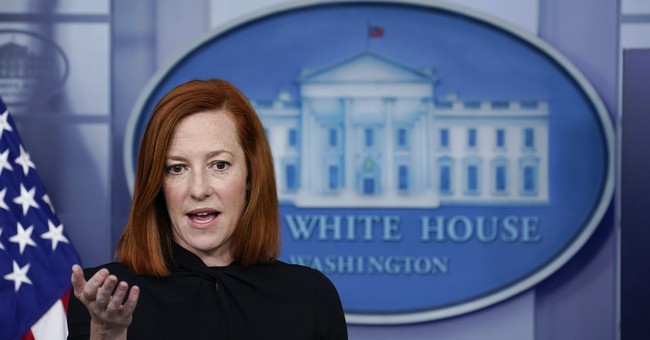 Despite the FDA and CDC temporarily pulling the plug on the Johnson & Johnson vaccine Wednesday morning, the Biden administration is still urging Americans to get vaccinated for Wuhan coronavirus as soon as possible.

Dr. Fauci on Johnson & Johnson: "I don't think it was pulling the trigger too quickly."

But the White House has launched a very specific campaign that they believe will target conservatives or Republicans.

"We've also had a number of our members of our COVID team, from Dr. Fauci and Fran- -- and Dr. Collins -- participate -- as an example -- participate in a range of media interviews.  You know, an example is Dr. Collins participated in “The 700 Club.”  Dr. Nunez-Smith hosted a faith leaders roundtable.  We're also looking for -- we've run PSAs on “The Deadliest Catch.”  We're engaged with NASCAR and Country Music TV," she continued. "We're looking for a range of creative ways to get directly connected to white conservative communities.  We won't always be the best messengers, but we're still trying to meet people where they are but also empower local organizations."

Meanwhile thanks to the Trump administration's Operation Warp Speed, anybody who wants a vaccine will be able to get one by the end of April.