White House: People Who Don't Accept Our Definition of 'Infrastructure' are Voting Against Women and Seniors 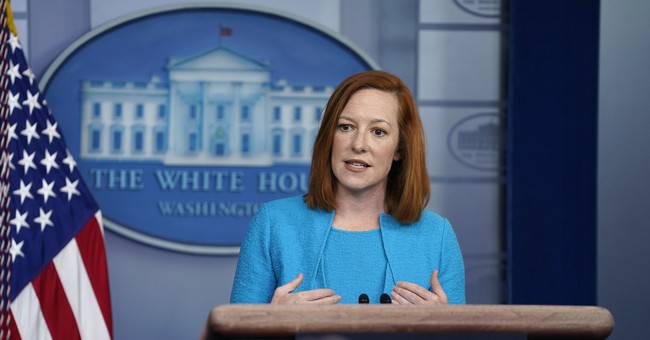 Last week President Joe Biden travelled to Pittsburgh and introduced his $2.5 trillion spending package, which the White House has branded as "infrastructure" and a "jobs bill."

The American Jobs Plan is a once-in-a-generation investment in America unlike anything we have seen or done since we built the Interstate Highway System and won the Space Race decades ago.

But the vast majority of the bill isn't about infrastructure at all and the White House is clearly trying redefine the term in order to get it passed. In fact, they're headed back to talking points about killing grandma, wanting dirty water and the war on women to get the job done.

"On the infrastructure question, let me say that some Republicans -- who have been vocal -- think investing in water systems and replacing pipes so Americans can have clean drinking water is not infrastructure, but the President does," White House Press Secretary Jen Psaki said during the daily briefing Monday afternoon. "Some don't think that building a support system to take care of elderly parents or kids with disabilities at home so people can go back into the workforce -- some of those 2 million women who have left the workforce during the pandemic -- some think that that is not investing in the infrastructure -- our workforce of this country that are the backbone of this country; the President disagrees."

Meanwhile, West Virginia Democrat Joe Manchin has already said he will not support the bill in its current form.