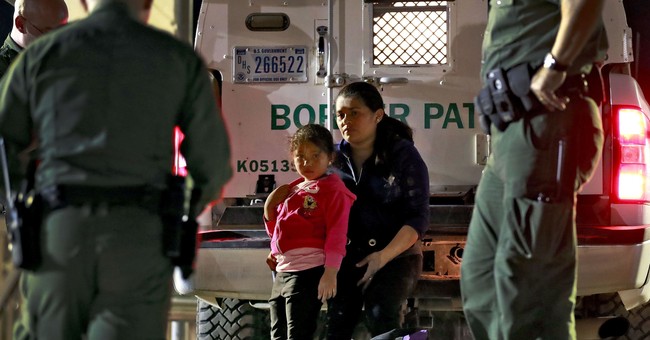 For weeks we've heard the Biden Administration describe their immigration and border security policies as "humane." But today Texas officials, including Child Sex Trafficking Team Director Andrea Sparks, detailed the inhumanity of Biden's policies and horrific details about how unaccompanied minors are exploited.

"We are very concerned at the child sex trafficking team about the youth and the children who are coming across the border. They are in a perfect storm of vulnerability," Sparks said. "They are scared. They are confused and they are very likely to end up in the hands of an exploiter from what we know about human trafficking and how it works."

"Sometimes, unfortunately seemingly 'compassionate' decisions made by the federal government, or federal courts for that matter, have resulted in the mass migration of woman and children to Texas and when that happens, it overwhelms Border Patrol immediately," McCraw said.  "The cartels are leveraging those gaps."

"The challenge they have in interviewing these children is this: they've been threatened by the cartels. When the cartels says, 'if you talk, we're going to kill your families,'...they believe them," he continued, explaining how many young girls are subject to gang rape and forced prostitution. "When they are brought across, they are preyed upon by individuals amongst the smugglers, by the cartel operatives and others."