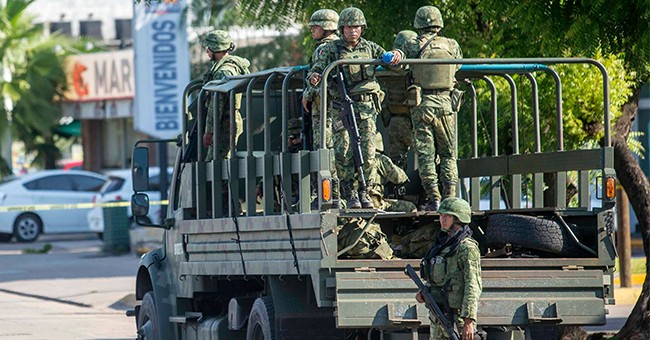 A number of Sinaloa Cartel members have been indicted on a series of charges by a Grand Jury in Chicago.

"Charged with conspiracy to possess a controlled substance with the intent to distribute are Roberto Velazquez Martinez, 36, of Santiago Papasquiaro, Mexico; Camilo Alvarez, 44, of Durango, Mexico; Jose Hernandez Ramirez, 36, of Tamaulipas, Mexico; Ines Chavez Rodriguez, 36, of Santiago Papasquiaro, Mexico; and Louis Reyes Velez, 44, of Stickney, Illinois," the Department of Justice revealed this week. "According to a criminal complaint and indictments filed in U.S. District Court in Chicago, the defendants worked together to attempt to import and distribute cocaine into the United States on behalf of the Sinaloa Cartel in Mexico.  The charges allege that Velazquez Martinez traveled to Chicago in 2018 to attempt to arrange a multi-kilogram cocaine shipment with co-conspirators and two other individuals who, unbeknownst to Velazquez Martinez, were confidentially working with U.S. law enforcement."

Many of the defendants worked through Northern Triangle countries like Honduras to import cocaine into the United States. Warrants have been issued for the arrests of Alvarez, Ramirez, and Rodriguez. U.S. authorities believe they are living in Mexico.

"The drug conspiracy charge is punishable by a maximum sentence of life in federal prison.  If convicted, the Court must impose a reasonable sentence under federal statutes and the advisory U.S. Sentencing Guidelines," DOJ said. "Reyes Velez was arrested Tuesday in Cicero, Illinois.  He pleaded not guilty at his arraignment Tuesday before U.S. Magistrate Judge Young B. Kim.  A detention hearing for Reyes Velez is scheduled for this afternoon.  Velazquez Martinez was arrested in October 2019 in Lima, Peru, and extradited in December 2020 to the United States.  He has pleaded not guilty.  His case is set for a status hearing on March 31, 2021, before U.S. District Judge Joan H. Lefkow."

In 2017 the head of the Sinaloa Cartel, El Chapo Guzman, was finally extradited to the United States after a number of prison escapes in Mexico. He was convicted in 2019 and sentenced to life in prison without parole.

The role of Mexican drug cartels in Chicago's street violence is severely under reported.

REVEALED: How NINE Mexican cartels are responsible for flooding US streets with drugs https://t.co/82lPKMwj4R