One Week Out: Trump Storms Michigan, Wisconsin and Nebraska 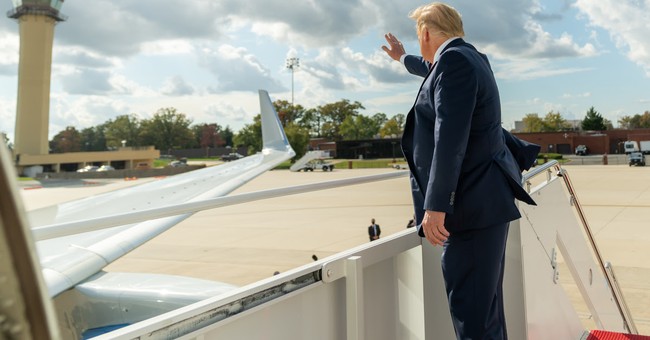 We're just one week away from Election Day and President Trump is using every last moment to campaign.

With just seven days to go, Trump is holding rallies in Wisconsin, Michigan and Nebraska today.

Vice President Mike Pence is also on the road and hosting a rally in North Carolina.

Wheels up! See you soon North Carolina for a GREAT #MAGA event!

While most polling still shows Trump behind Biden in the swing states he needs to win, the numbers from 2016 give a stark reminder that this race is far from over.

For those asking if the polls can be wrong and Trump can still win, like in 2016, my response is:

The 2016 polls did NOT miss the Trump surge.

In the last 2 weeks, they showed big Trump momentum in key states.

Look at these RCP charts...