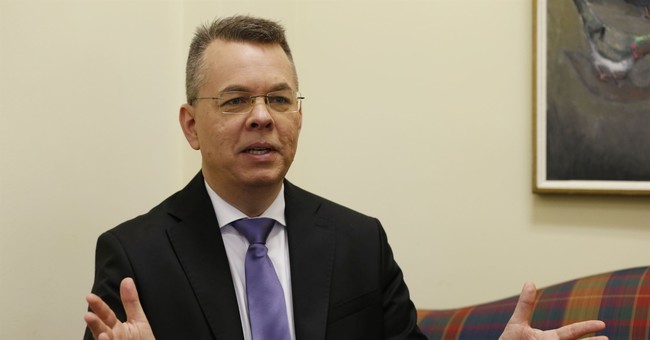 President Trump surprised viewers of the 2020 RNC convention from the White House Monday night where he hosted six former American hostages who were freed by his administration.

"We have six incredible people who were held hostage by various countries and I am very pleased to let everybody know that we brought back over 50 hostages from 22 different countries. We worked very hard on it, Ambassador O'Brien and others and I will tell you, we're very proud of the job we did," Trump said.

President Trump's administration has successfully returned American hostages from some of the most hostile regimes on earth, including Syria, Turkey, North Korea, Iran and Venezuela.

"I was held in Turkey for two years and you took unprecedented steps actually to secure my release and your administration really fought for me and if you hadn't done that I think I'd be in Turkey," Pastor Andrew Brunson said, reminding the President he was sentenced to 25 years in prison before his release.

"I was held in Syria for 63 days and I think I speak for my fellow and former hostages, detainees here when I say I'm as grateful as I've been for anything to be home safely," Sam Goodwin, from Missouri, said.

On Thursday the family of Kayla Mueller, who was kidnapped and murdered by ISIS after being used as a sex slave by leader Abu Bakr al-Baghdadi, will speak.