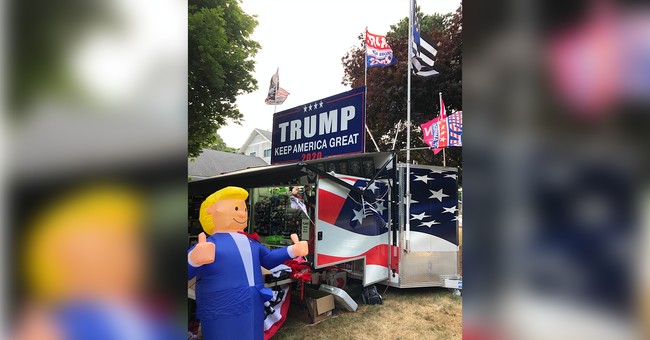 As Vice President Joe Biden and Senator Kamala Harris get ready to kick off the digital 2020 DNC Convention from Milwaulkee Monday night, the Trump campaign is hitting the ground running and isn't taking voters in any state for granted.

In Nevada, a number of Trump surrogates are pounding the pavement to convince voters to keep President Trump in the White House for four more years.

Pulling out of Reno on the national Trump Bus @TeamTrumpOnTour with @mschlapp and @RichardGrenell! We are ready to paint Nevada red over the next few days and win Nevada for @realDonaldTrump and the rest of the GOP! pic.twitter.com/fjEEsXVUo7

This is a sight I thought I’d never see.

The @realDonaldTrump bus is parked in front of the historic Mizpah Hotel in Tonopah, NV.

According to the RealClearPolitics average, the race between Trump and Biden in the state is tight and polling is inside the margin of error.