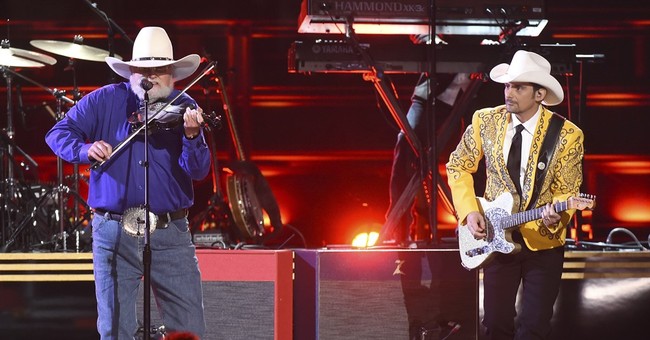 Country Music legend Charlie Daniels has died at the age of 83 after suffering a stroke. He passed at the Summit Medical Center in Hermitage, Tennessee. Born in 1936, he was originally from Wilmington, North Carolina.

Daniels was inducted into the Country Music Hall of Fame in 2016 and has been a longtime member of the Grand Ole Opry. He is best known for the famous song "Devil Went Down to Georgia." From CountryMusicHallorFame.org:

According to the RIAA, Daniels’s lifetime record sales have exceeded 13.5 million units. When he was signed for three million dollars by Epic Records in New York in 1976, the contract set a record for a Nashville act. Daniels has nine gold, platinum, or multi-platinum albums. . “The Devil Went Down to Georgia,” a platinum single, was the Country Music Association (CMA) Single of the Year in 1979 and earned the Charlie Daniels Band a Grammy for Best Country Vocal Performance by a Duo or Group. The chart-topping country hit crossed over to become a Top Five pop smash as well. Daniels was named CMA Musician of the Year in 1979. The Charlie Daniels Band won CMA Instrumental Group of the Year Awards in 1979 and 1980. Daniels’s religious recordings won Dove Awards in 1995 and 1997. Daniels became a Grand Ole Opry cast member in 2008 at age seventy-one.

Daniels has placed thirty-three singles on the Billboard country charts. In addition to “The Devil Went Down to Georgia,” his other Top Ten hits are “Drinkin’ My Baby Goodbye” (1986) and “Boogie Woogie Fiddle Country Blues” (1988). “Uneasy Rider,” one of his country chart-making singles, was also a Top Ten pop hit in 1973. Besides “The Devil Went Down to Georgia,” other pop successes were his 1975 singles “The South’s Gonna Do It” and “Long Haired Country Boy,” both of which became staples of his live shows. He also charted in the pop Top Thirty with “In America” (1980) and “Still in Saigon” (1982).  His earliest songwriting success came in 1964 when his co-written “It Hurts Me” became a Top Thirty pop hit for Elvis Presley.

As a man of faith, he regularly posted scripture and prayers to his active Twitter feed.

Morning prayer
Lord today our hearts and prayers turn to those who have to fight this plague alone, in isolation, without even the presence of a loved one to comfort them.
Strengthen them Father, give them courage and touch them with Your healing hands.

For I am convinced that neither death nor life, neither angels nor demons, neither the present nor the future, nor any powers, neither height nor depth, nor anything else in all creation,will be able to separate us from the love of God that is in Christ Jesus our Lord.
Romans-8

Daniels was politically active and regularly spoke out against the Democrat Party on a number of issues. He was an avid supporter of law enforcement and the U.S. military.