Another Democrat Shows Interest in Removing Monuments to George Washington 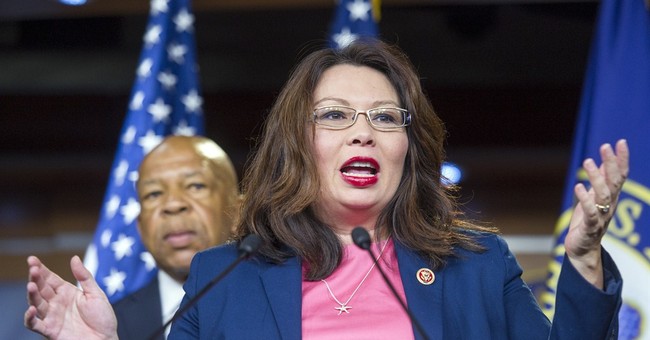 Over the weekend Democrat Senator Tammy Duckworth urged Americans to "listen" to those advocating for the removal of monuments to America's first president, George Washington.

Sen. Tammy Duckworth calls Abraham Lincoln and George Washington "dead traitors." If that's not a dark, divisive statement, nothing else is. pic.twitter.com/lSP6jda33p

Over the past few weeks, a number of monuments to Washington have been vandalized.

A stunning image– looks like GW may have removed George Washington's head to protect it from riots in DC. Truly disconcerting times pic.twitter.com/RkzMZ9okCH

As for Duckworth's comments falsely attacking President Trump over his visit to Mt. Rushmore, she didn't used to feel that way about the historic site. She also lied about what Trump actually said during his remarks.

This is an incredible visualization of how far we have moved toward the unreasonable in just 5 years. pic.twitter.com/bdjtuHi3vI

In point of fact, he spent not a single moment talking about dead traitors. But the Democrats and media are sure you won't watch the speech, and that you'll believe the lie. https://t.co/RRf1sw7eWe