Here's Where We Are on the FISA Reauthorization Bill 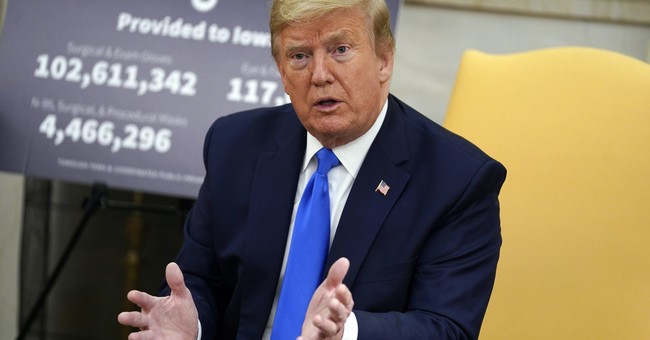 The reauthorization of the FISA program is in limbo as the White House, House Republicans, Democrats and the Department of Justice continue to have major legislative disagreements with the secret program. The domestic spying authorization technically expired in March, but the Senate passed a 77-day emergency bill to fill the gap.

House Majority Leader Steny Hoyer, who did not indicate when the bill might come up again, said that it had been pulled at the request of Speaker Nancy Pelosi after Republicans who previously supported reauthorizing the program "have indicated they are going to vote against it now" at the behest of Trump.

Thank you to our GREAT Republican Congressmen & Congresswomen on your incredibly important blockage last night of a FISA Bill that would just perpetuate the abuse that produced the Greatest Political Crime In the History of the U.S., the Russian Witch-Hunt. Fantastic Job!

If the FISA Bill is passed tonight on the House floor, I will quickly VETO it. Our Country has just suffered through the greatest political crime in its history. The massive abuse of FISA was a big part of it!

"The House Freedom Caucus supports pulling the FISA Reauthorization bill from consideration on the floor today. HFC will oppose any short-term reauthorization of expired FISA authorities."

The American people don’t want to be spied on! pic.twitter.com/liUsZ6mSC0

“The Department worked closely with House leaders on both sides of the aisle to draft legislation to reauthorize three national security authorities in the U.S.A. Freedom Act while also imposing reforms to other aspects of FISA designed to address issues identified by the DOJ Inspector General. Although that legislation was approved with a large, bipartisan House majority, the Senate thereafter made significant changes that the Department opposed because they would unacceptably impair our ability to pursue terrorists and spies. We have proposed specific fixes to the most significant problems created by the changes the Senate made. Instead of addressing those issues, the House is now poised to further amend the legislation in a manner that will weaken national security tools while doing nothing to address the abuses identified by the DOJ Inspector General.

As noted above, it remains unclear when the legislation will be brought back or rewritten for a vote.