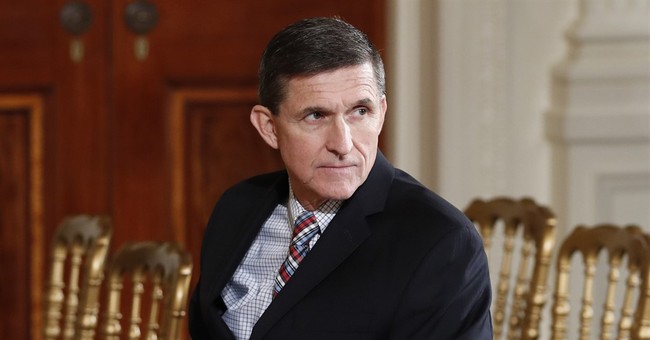 Former Senate Judiciary Committee Chairman Chuck Grassley sent a letter to Attorney General Bill Barr this week asking for transparency and sunlight regarding General Michael Flynn's case. Flynn's attorneys have accused the government, specifically the FBI, of engaging in prosecutorial misconduct against him.

"This is no ordinary criminal case. One of the agents who interviewed Lt. Gen. Flynn, Peter Strzok, was later removed from the Russia investigation after his texts demonstrating animus and bias toward the President were discovered. Additionally, former Director McCabe was fired for lack of candor regarding a leak to the Wall Street Journal, and Lt. Gen. Flynn was an adverse witness in a pending sexual discrimination case against Mr. McCabe at the time Mr. McCabe was supervising an inquiry targeting Lt. Gen. Flynn," Grassley wrote. "Further, the Flynn case was at the center of a political firestorm over the President’s alleged statements about it to Director Comey. Moreover, Flynn himself 'had told both White House Counsel and the Chief of Staff at least twice that the FBI agents had told him he would not be charged,' which is consistent with what Director Comey told me and my staff. The FBI’s conduct is ripe for congressional oversight."

The FBI agents who brought the case against Flynn for allegedly lying to investigators have since been fired for rampant misconduct and abuse of power.

"After years of rampant speculation and publicly reported inconsistencies regarding how the FBI handled the case, it’s time for the public to know the full set of facts relating to Lt. Gen. Flynn, including any and all government misconduct. In light of the extraordinary public and congressional interest in this case, I request that you work with Flynn’s attorneys to unseal these new records provided to them so that the public can access the material," he continued. "In the alternative, I request that you amend the protective order so that Congress can review the information in light of its constitutional oversight prerogatives."

Flynn's top attorney, Sidney Powell, said earlier this week DOJ is working to release the documents. She has repeatedly argued the case against Flynn was a set up, that he was coerced into a guilty plea and that his situation presents a clear double standard of justice.

Editor's Note: Want to support Townhall so we can keep telling the truth about the Obama Admin's FISA abuses? Join Townhall VIP and use the promo code WUHAN to get 25% off VIP membership!