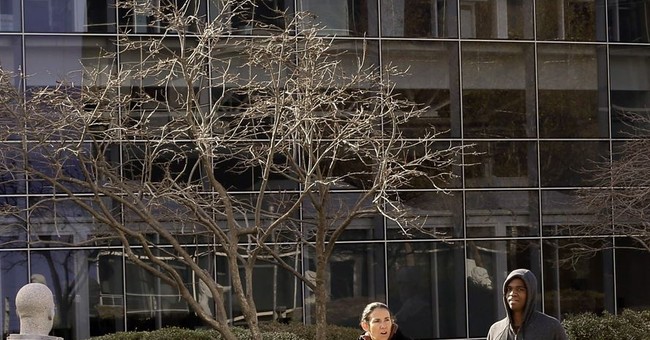 The House Freedom Caucus, made up of conservative Republicans and co-founded by White House Chief of Staff Mark Meadows, is sounding the alarm about plans to track or trace individuals who may have been exposed to Wuhan coronavirus. Tracking would also be used to determine whether individuals are properly adhering to government-mandated social distancing policies. Google is leading the charge and developing technology to do so, it says, voluntarily.

In a recent letter to President Trump, members write about inevitable abuse and civil liberty violations of the developing program.

"As part of their coronavirus response, Google late last week announced it would begin publishing data that tracks the movements of people around the world. By comparing current trends with previous norms, Google attempts to provide government officials with information on which regions are obeying or disobeying social distancing guidelines. The digital trailing is frightfully detailed, specific, and granular. Google's 'Community Mobility Reports' aggregates the movements of people to their local grocery stores, coffee shops, parks, retailers, libraries, pharmacies, transit, workplaces, and homes," the letter states.

"Google's colossal stores of data on daily movements of Americans, coupled with the might of local, state, and federal governments is an alarming prospect. We are a people with a limited government charged to secure the rights of its citizens. The civil liberties guaranteed to Americans include preservation of privacy and that must not be violated," the letter continues. "We caution that actions taken to contain spreading of coronavirus must also preserve the right to privacy held by each and every American. Our nation is great because of our dedication to individual liberty, self-government, and freedom for all. In times of crisis, we cannot abandon the very things that make us great."

During the daily Wuhan coronavirus task force briefing at the White House Monday, President Trump was asked about the issue.