BREAKING: President Trump Has a New Chief of Staff 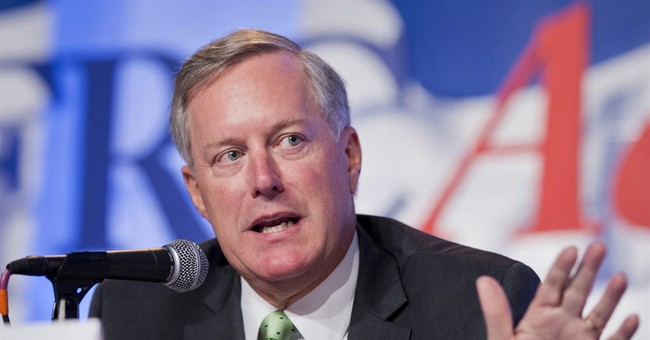 President Trump announced Friday night North Carolina Congressman Mark Meadows will serve as his next chief of staff. Current and Acting White House Chief of Staff Mick Mulvaney has been appointed to a diplomatic position overseas.

“I am pleased to announce that Congressman Mark Meadows will become White House Chief of Staff. I have long known and worked with Mark, and the relationship is a very good one,” Trump tweeted Friday evening. “I want to thank Acting Chief Mick Mulvaney for having served the Administration so well. He will become the United States Special Envoy for Northern Ireland. Thank you!”

Mulvaney was President Trump’s third chief of staff, serving in the position after General John Kelly and former RNC Chairman Reince Priebus. He took the position in December 2018.

Meadows announced his retirement from Congress in December 2019 and said he planned to remain "in the fight."

“The hardest decision for me is that when you’re in the fight, you enjoy staying in the fight,” Meadows said at the time. “So this is not me shrinking away from a fight. In fact, it’s just going to be continuing to fight a different capacity, whether that’s officially as part of the Trump team or unofficially in my capacity as a sitting member of Congress.”

Meadows is a longtime political ally of President Trump and helped lead the fight against Democrat Congressman Adam Schiff's impeachment push in the House last fall. Like Mulvaney, he is also a founding member of the House Freedom Caucus.