Trump Administration Gets a Major Agreement from the Taliban 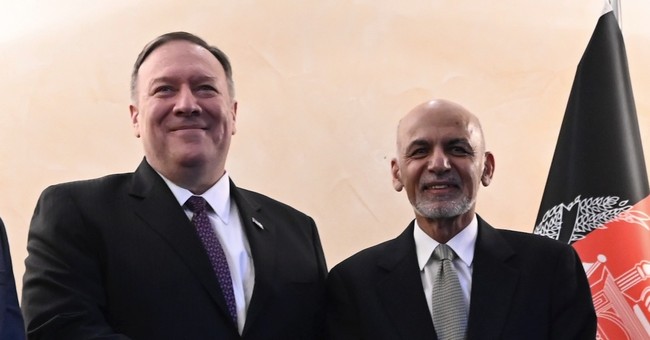 MUNICH - Speaking to reporters during the Munich Security Conference Friday afternoon, a senior Trump administration official told reporters the Taliban has agreed to a seven day period of reduction in violence ahead of an official announcement about a peace agreement with the United States. That announcement will be made in the coming days and will prompt the beginning of the seven day period.

The seven day period, if successful, will lead to the signing of a long-term agreement with the U.S. and prompt inter-Afghan talks between the Taliban and the Afghanistan government. Further, an understanding on the definition of violence has been reached and “very specific” terms are written into the agreement. This applies to the Taliban and Afghans. It includes the elimination of roadside bombs, suicide bombs, rocket attacks and more. The U.S. military will be responsible for monitoring reduction in violence.

Secretary of State Mike Pompeo and Secretary of Defense Mark Esper met with Afghanistan President Ashfar Ghani and a number of other officials in Munich to finalize the details. During a briefing with reporters before arriving, Pompeo said the U.S. has made a “pretty important break through in the last few days.”

The number one concern throughout this process has been the elimination of terrorism and preventing Afghanistan from becoming a platform that threatens the U.S. and its allies. The Taliban will not be allowed to engage in terrorism recruitment or fundraising.

After successful deliveries from the Taliban and Afghans, the United States will implement its end of the agreement. This includes a signifiant reduction of U.S. troops in the country. The phase out of U.S. troops will be happen in stages. A comprehensive and permanent cease fire will also be negotiated.

Proceeding with caution, officials are prepared for outside factors to negatively affect the seven day period and long-term agreement. In other words, “spoilers” could engage in violence to derail the process. This occurred in September when an attack killed an American soldier and temporarily halted negotiations. Neighboring Iran has an interest in promoting chaos in the region.

The United States is not going at this alone and a number of countries are reportedly in negotiations about where to host future talks and next steps in the peace process.