Is the Nevada Caucus Bound to Be a Total Disaster...Like Iowa? 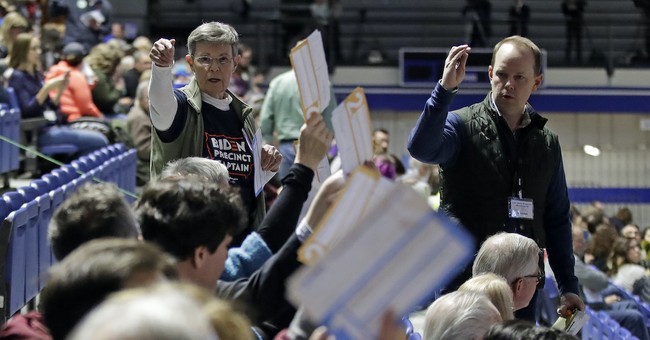 As we've extensively covered here at Townhall, the Democrat Iowa caucuses are still a complete and total disaster after a so-called smart phone reporting application, built by former Clinton staffers, crashed and burned the results.

Data is inconsistent, data is missing and we may never know who the real winner is despite multiple candidates saying they took home a victory. Worse, it could have been avoided.

Last week DNC Chairman Tom Perez called for a recanvassing of the results. The local democrat chairman essentially told him to get lost.

"While I fully acknowledge the reporting circumstances on Monday night were unacceptable, we owe it to the thousands of Iowa Democratic volunteers and caucusgoers to remain focused on collecting and reviewing incoming results." https://t.co/Xog0CDZa7A

But looking down the primary road, is the same thing about to happen in Nevada? Where the same application is scheduled to be used? Looks like it.

The same app used in Iowa last night, developed for the Iowa Democratic Party by @ShadowIncHQ, is also due to be used in Nevada, a source confirms to CNN.

It sounds like Nevada is going to end up just like the Iowa caucuses for the Democrats ?? pic.twitter.com/CZFjElMv6H

The Nevada caucuses are on Saturday, February 22.

UPDATE: It gets worse, again.

You know Dems are in trouble when NYT has coverage like this: “How the Iowa Caucuses Became an Epic Fiasco for Democrats; The problems that beset the Democratic Party’s first state caucus of the presidential race ran far deeper & wider than one bad app” https://t.co/R8ekpWoAHg