Gowdy: Pelosi Has No Constitutional Authority to Dictate the Rules of a Senate Impeachment Trial 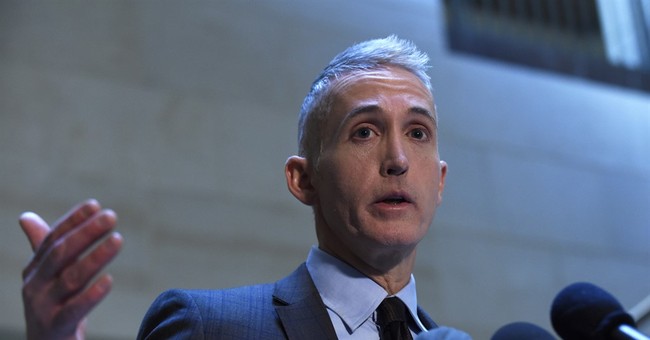 Former prosecutor and Republican Congressman Trey Gowdy is weighing in on House Speaker Nancy Pelosi's continued refusal to turn over two articles of impeachment against President Trump to the Senate for a trial.

"If he [President Trump] really is an existential threat the Republic, if he really has committed conduct that should result in his removal from office, then why would you not send it onto the Senate? The Constitution gives the House no role in deciding how this trial takes place. It is exclusively within the province of the Senate," Gowdy said during an interview with Fox News. "I think most of my fellow citizens will see through this 'lets hurry up and impeach him' and then sit on the indictment."

Gowdy also took on the issue of "impartial jurors."

"You had Eric Swalwell investigating the president while he was trying to become president," Gowdy said. "The jury has already made up its mind."

"How many members of the jury are actually running to take Donald Trump's job? You would never have that in a real judicial proceeding. So, Mitch McConnell is right, this is a political trial not a judicial trial," he continued.

Pelosi is demanding that the terms of a trial be "fair" before she proceeds with the articles after the holiday recess.

The House cannot choose our impeachment managers until we know what sort of trial the Senate will conduct.

President Trump blocked his own witnesses and documents from the House, and from the American people, on phony complaints about the House process. What is his excuse now?