Retiring Democrat: Endless Trump Investigations Are Wearing on the Souls of Americans But... 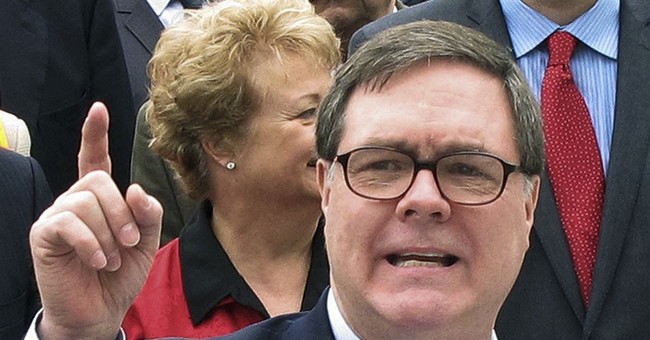 As House Democrats prepare to vote on two articles of impeachment against President Trump Wednesday, some are expressing frustration over the move and endless discussion of Russia.

During an interview with CNN Tuesday morning, retiring Democrat Congressman Denny Heck said he believes Americans are growing weary of the current resistance on Capitol Hill. That said, Heck believes President Trump deserves to be impeached and argues years of Russia investigations were justified.

Dem Rep: Americans are tired of the Democrats’ "countless hours" of impeachmenthttps://t.co/xpeQQZUzyq pic.twitter.com/Iz6B0SxDky

“I’ve admitted to experiencing it myself, of growing weary of this debate. But to be clear…I’m especially weary of those who refuse to accept basic facts,” @RepDennyHeck says as a new CNN poll shows Americans are split on impeachment. https://t.co/g9kgZXv6JA pic.twitter.com/37X8iJJmX1

Heck announced his retirement in December.

Meanwhile, new polling shows even fewer Americans support the Democrats' impeachment efforts. Even among the Party, backing of the measure has dropped by significant margins.

With two new polls added this morning, support for impeachment is officially under water. pic.twitter.com/9fNjV5fe7H

The Media Narrative About the Unvaccinated Suffered Another Blow...From the Mayor of Boston?
Townhall
'That's how our government should work': Rep. Cori Bush wants you to know that she loves you
Twitchy
All Biden Has To Do Is Stop Sniffing Kids and He Just Can’t Do It
Redstate
Jeb Bush’s Woke Tweet About the Olympics Is Shockingly Anti-American
PJ Media