Lefties Have a Meltdown Over President Trump's Visit with Conan, the Hero Dog 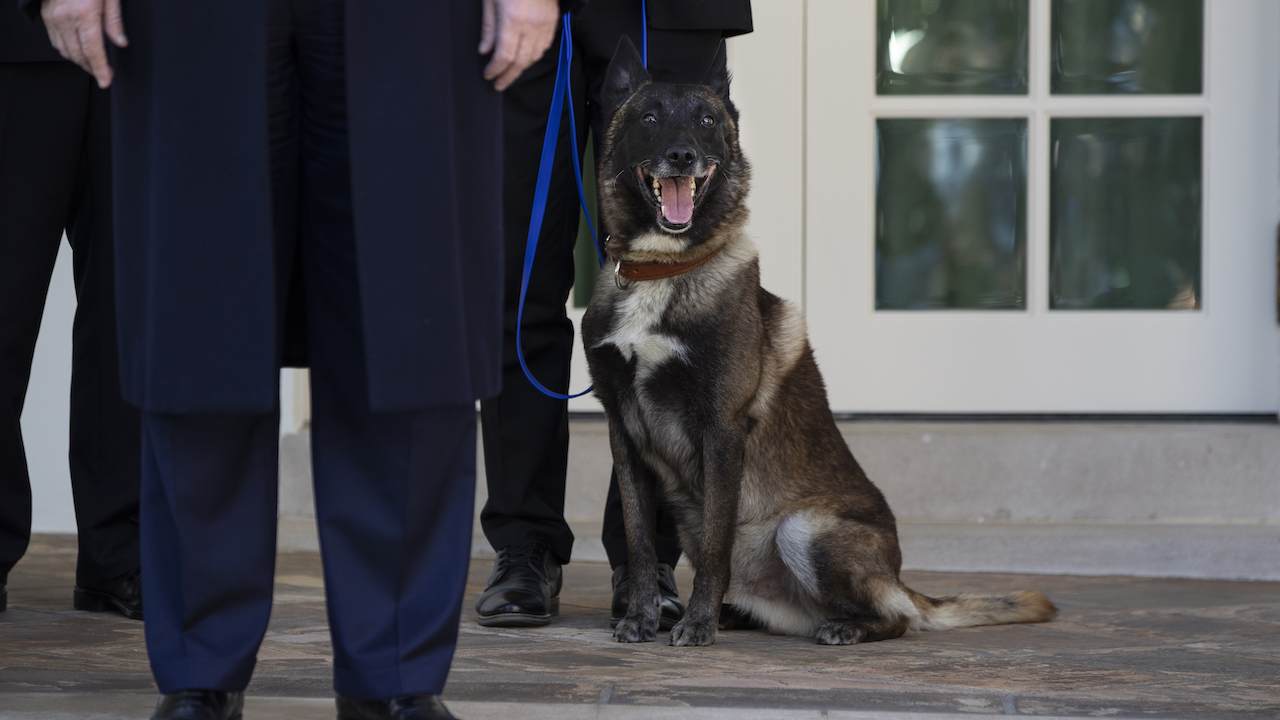 President Trump surprised reporters on Monday when he walked out of the White House alongside First Lady Melania and Conan, the hero dog that helped take down ISIS leader al-Baghdadi in Syria last month.

This prompted a meltdown from lefties in the media, who just couldn't handle it.

This is terrifying. Trump and Melania exude coldness to Conan the hero dog. Melania, whose coat is slightly macabre (to me, but others may find it lovely), moves away from Conan multiple times. 1/3 https://t.co/s9T3Y4ZYTn

“Conan is a tough cookie,” we learn. Still nothing about his breed. Trump repeatedly “jokes” about siccing the dog on journalists. Also, again, his command of the language rivals (maybe) a five-year-old. Terrifying 3/3

Of course the Washington Post would spin this story to be anti-Trump https://t.co/GWX8VBy4dY pic.twitter.com/SjagqSqIkN

. @realDonaldTrump talked about what a dangerous and vicious dog Conan was while @VP simultaneously petted it and put his hand near his mouth. ¯\_(?)_/¯ https://t.co/xCVOs9sXiV

The media reporters are coming to cancel him https://t.co/2db5E7mNI6

And the worst came from CNN:

CNN did not air Trump's event with Conan, the hero dog from the ISIS raid, live. MSNBC briefly covered it live, while Fox News aired most of the event.https://t.co/0Gujanq4Tr