Reminder: Vast Majority of Democrats Want the Whistleblower to Testify. Why Is Schiff Refusing? 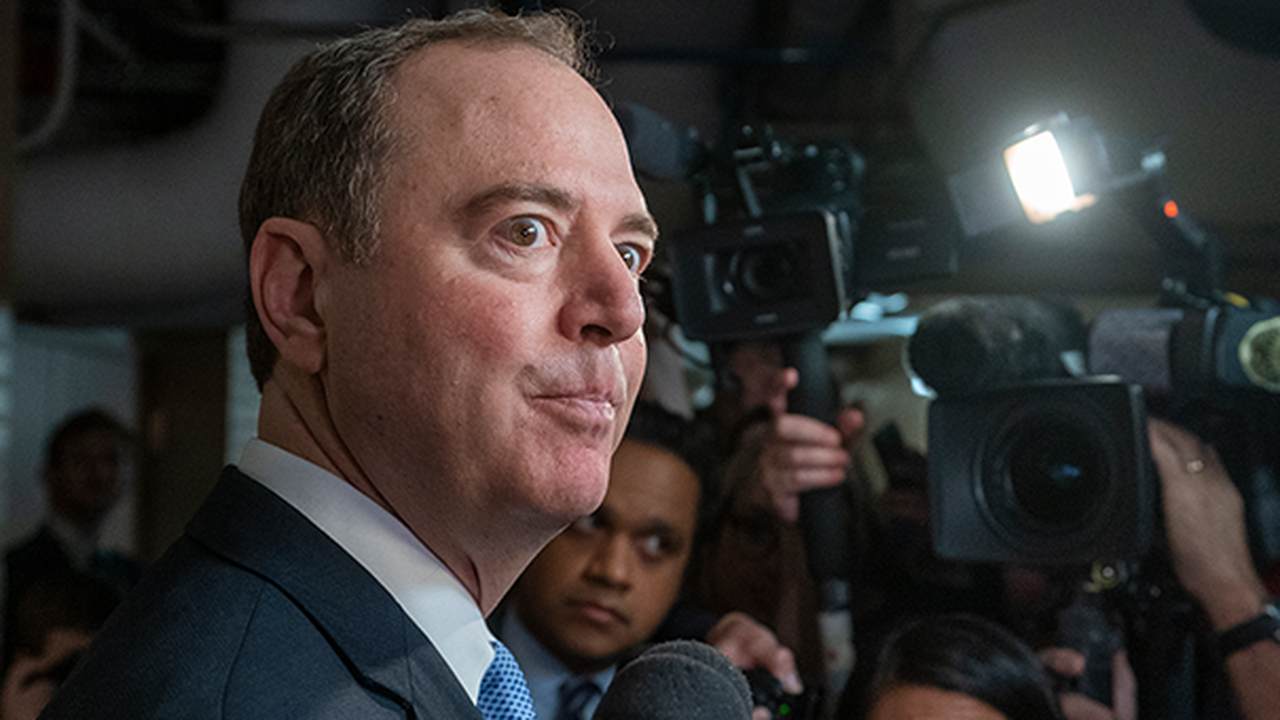 Over the weekend, House Republicans submitted their witness list for this week's first public impeachment inquiry hearings. On it: the whistleblower and Hunter Biden, among others.

Due to impeachment inquiry rules, which were adopted by Democrats in the House two weeks ago, House Intelligence Committee Chairman Adam Schiff has the authority to approve and reject witnesses. Not surprisingly, he's done as Republicans expected by rejecting requests for the whistleblower and Biden to appear.

"As we move to open hearings, it is important to underscore that the impeachment inquiry, and the Committee, will not serve as vehicles for any Member to carry out the same sham investigations into the Bidens or debunked conspiracies about 2016 U.S. election interference that President Trump pressed Ukraine to conduct for his personal political benefit," Schiff wrote in a letter over the weekend.

Democrats now argue the identity of the whistleblower, the person who filed an official complaint with second-hand knowledge of President Trump's July 25 phone call with Ukrainian President Volodymyr Zelensky, is irrelevant. Right after the official complaint was made public by Schiff in September, after he received it in August and secretly held it from fellow Committee members, a different argument was made.

But it isn't just House Republicans who want to hear from the whistleblower. According to the vast majority of voters, including Democrats, Americans should hear directly from the individual. After all, Democrats are moving rapidly to impeach President Trump--who was democratically elected in 2016--over claims made by this person.

Just as with the Mueller report, people across the political spectrum crave more information and want to hear from the whistleblower who lodged the complaint against @realDonaldTrump after his phone call with Ukraine's Volodomyr Zelensky.

Why is Adam Schiff hiding relevant information from the American people? Why the lack of transparency?