Another Republican Congressman Has Announced His Retirement Ahead of 2020 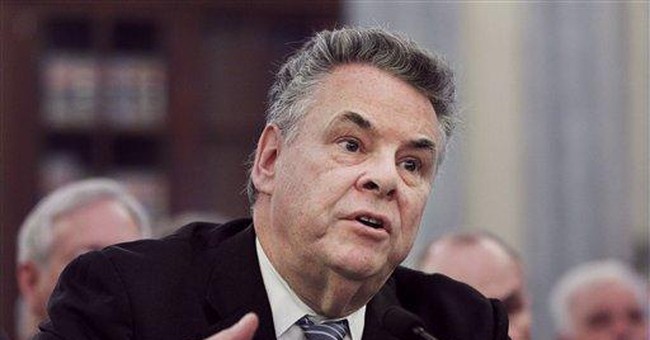 "I have decided not to be a candidate for re-election to Congress in 2020. I made this decision after much discussion with my wife Rosemary; my son Sean; and my daughter Erin. The prime reason for my decision was that after 28 years of spending 4 days a week in Washington, D.C., it is time to end the weekly commute and be home in Seaford," King wrote on his Facebook page. "This was not an easy decision. But there is a season for everything and Rosemary and I decided that, especially since we are both in good health, it is time to have the flexibility to spend more time with our children and grandchildren. My daughter’s recent move to North Carolina certainly accelerated my thinking."

King has served in Congress for nearly 30 years and has been a key player on the House Homeland Security and Intelligence Committees.

"My time in Congress has been an extraordinary experience - an experience I wouldn’t have even dared imagine when I was a kid growing up in Sunnyside or a college student loading and unloading trucks and freight cars at Manhattan’s West Side Railway Terminal. I intend to remain in Seaford, be active politically and look forward to seeing what opportunities and challenges await me in this next chapter of a very fortunate life," he said. "Politically I will miss the energy and dynamism of a re-election campaign especially since my polling numbers are as strong as they have ever been and I have more than $1 million in campaign funds."

"Governmentally I will miss fighting for the people of my district and America and will always be proud of my efforts for 9/11 victims and their families; protecting our citizens from terrorism and MS-13; leading the successful effort to recover from Superstorm Sandy; being consistently cited for bipartisanship; working with President Clinton to achieve the Good Friday Agreement and end centuries of warfare in Ireland and Northern Ireland; and standing with the brave men and women of law Enforcement. In the coming weeks and during the next year I intend to vote against President Trump ‘s impeachment and will support the President’s bid for re-election," King continued. "Most importantly I want to thank the residents of the 2nd Congressional District for giving me the opportunity to represent them in Washington, D.C. I will complete my term of office and continue to work hard for these constituents all the way to the final bell of the final round on Dec. 31, 2020. It’s been a great run! Thanks."

King joins a list of 19 Republican House members who have announced their retirement ahead of the 2020 election.