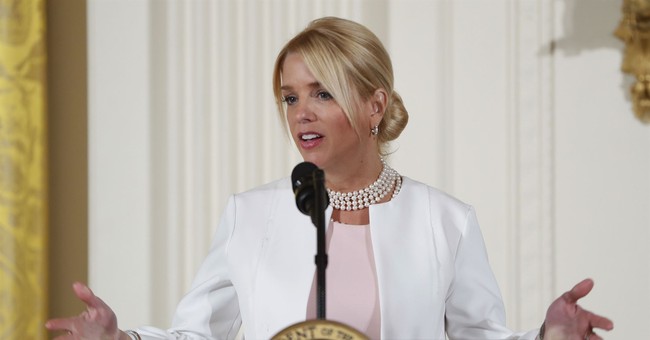 Adding Sayegh & Bondi is both an acknowledgment Trump needs help coordinating a response to the House probe, & a compromise between competing factions in the White House where rivalries opened during a two week-long process deliberation over which adviser to bring inside.

Bondi left her post as Florida Attorney General in 2018 when her term ran out. She served in the position for eight years. She actively campaigned for President Trump during the 2016 election and has been a strong supporter of his agenda. Earlier this year, Bondi joined the Washington D.C. lobbying firm Ballard Partners.

"Pam Bondi, elected twice to serve as Florida’s Attorney General from 2011 - 2019, has joined Ballard Partners to launch and Chair the firm’s Corporate Regulatory Compliance practice. The firm’s new national practice area will focus on serving Fortune 500 companies to implement best practices that proactively address public policy challenges such as human trafficking, opioid abuse and personal data privacy," the firm released in January. "Pam Bondi has been one of Florida’s most accomplished Attorneys General and has earned a reputation among her colleagues as one of the toughest law enforcement officials in the country. With her unique perspective, experience and stellar reputation, there is no one better to launch and lead our firm’s national Corporate Regulatory Compliance practice."

Meanwhile former Treasury spokesman Tony Sayegh, who left his administration post in late 2018, will be rejoining the White House. He previously led the administration's messaging on tax cuts and other major issues.