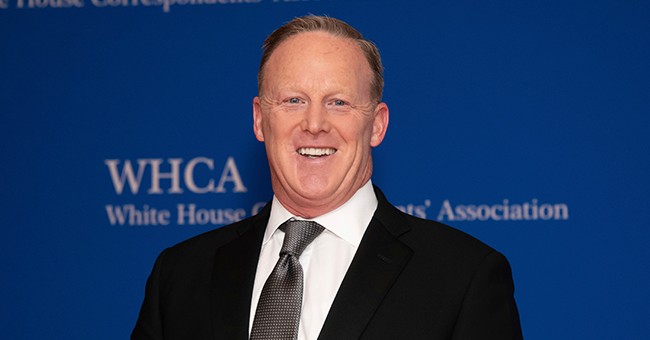 Former White House Press Secretary Sean Spicer made it to the next round of ABC's hit show Dancing With the Stars last night, beating competitors with his loyal fan base.

Vote for Sean Spicer on Dancing with the Stars. He is a great and very loyal guy who is working very hard! #MAGA https://t.co/JGvKANCRqZ

Kicking off the night with a fantastic Jazz performance, @seanspicer! ?? #DWTS pic.twitter.com/XF215L8XLw

Spicer's survival week after week has the left up in arms. The judges on the show don't seem impressed either.

Who the heck is voting for Sean Spicer? It makes 0 sense! #DWTS pic.twitter.com/QGwVapjRIk

#DWTS Me @ Republicans trying to ruin my Dancing with the Stars rn: pic.twitter.com/APFZgD3nQn

Can everyone voting for Sean Spicer on #DWTS please f*ck right off?

Sean Spicer's dancing has consistently been the worst on "Dancing With the Stars," our critic says. Yet he's still on. https://t.co/ray0AgpvfF

When #DWTS is no longer a dance competition, but a political joke for Republicans who don't even watch the show to laugh each week when Sean Spicer keeps getting through even though he cannot dance. pic.twitter.com/rd4A5vUeoJ

The left's fury has been on display for weeks. In fact, the Daily Show dedicated an entire segment to tearing him down.

Conservatives are loving it:

Angry libs decrying the #DWTS popular vote and demanding some kind of fail-safe against the peoples' voice may be @seanspicer's single greatest contribution to the American discourse.

Wait until all the people mad about Sean Spicer being voted safe on a TV dance competition figure out who his supporters are going to vote for in the next presidential election... https://t.co/AlOCBpAJ3Q

I’m not tired of #winning...whether with @realDonaldTrump or @seanspicer.??

Both trigger the left and send them into a meltdown. ??????

Add a dash of #Covfefe just for fun! pic.twitter.com/3dtrlOg1mG

Best of luck to Sean in the next round.