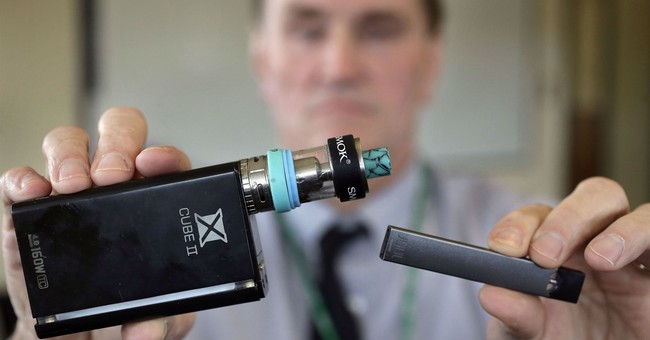 Speaking to reporters at the White House Wednesday afternoon, President Trump announced he is in favor of a ban on flavored electronic cigarettes. Tobacco flavored versions will remain on the market.

.@realDonaldTrump announces in the Oval just now that the Admin wants to ban all non-tobacco flavored e-cigarette vapes from the market. The move is aimed at dissuading young people from taking up vaping.

I just announced with @POTUS and @FDACommissioner that we will be finalizing policies that will clear flavored e-cigarettes from the market. New provisional data show that youth use continues to rise rapidly, and we will not stand idly by.

Trump admin wants tobacco-flavor e-cigarettes to remain on the market and available for adults who vape instead of smoking traditional cigarettes, Azar tells reporters outside West Wing.

First Lady Melania Trump sat next to the President during his remarks. In recent days, she has expressed concern over a number of deaths reportedly linked to e-cigarette use.

I am deeply concerned about the growing epidemic of e-cigarette use in our children. We need to do all we can to protect the public from tobacco-related disease and death, and prevent e-cigarettes from becoming an on-ramp to nicotine addiction for a generation of youth. @HHSGov

“She’s got a son," Trump said. "She feels very strongly about it."