BREAKING: A New White House Press Secretary Has Been Named 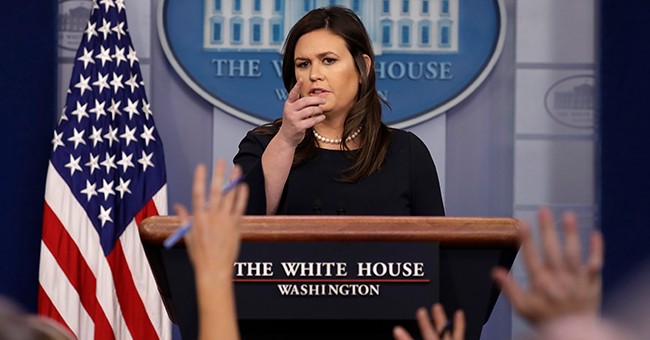 First Lady Melanie Trump announced Thursday her Communications Director Stephanie Grisham will be the next White House Press Secretary. Before joining the First Lady in the East Wing, Grisham worked in the West Wing as deputy press secretary.

I am pleased to announce @StephGrisham45 will be the next @PressSec & Comms Director! She has been with us since 2015 - @potus & I can think of no better person to serve the Administration & our country. Excited to have Stephanie working for both sides of the @WhiteHouse. #BeBest

Grisham will continue to serve the first lady and the East Wing as she transitions into her role as press secretary AND communications director, according to Sarah Sanders.

Grisham will be traveling with President Trump as press secretary to the G20 in Osaka, and then Seoul.

Grisham, originally from Arizona, is a longtime loyalist to President Trump and worked on his 2016 campaign from the beginning. She had led the First Lady's Be Best campaign and organized her first major solo trip overseas last year.

@StephGrisham45 will be an incredible asset to the President and the country. I’m sad to leave the WH, but so happy to leave our team in such great hands. Stephanie will do a phenomenal job. Proud to have another mom and a great friend in this role. https://t.co/OYvwL0E1JU

A did Counselor to the President Kellyanne Conway.