Disgusting: Slimy Democrats Were Taking Photos of Hope Hicks During Her Testimony 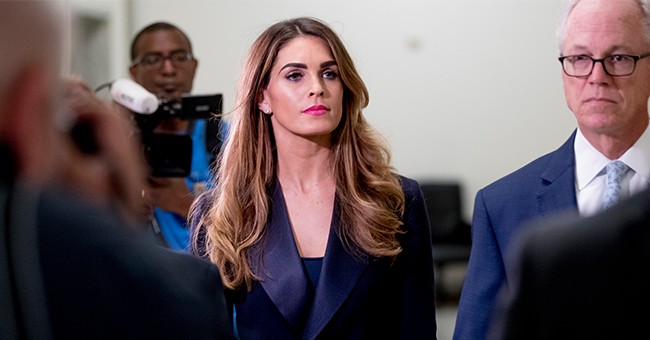 Democrats on Capitol Hill want Americans to believe they're super serious about conducting oversight of the Trump administration, but their behavior last week again proves the opposite. They are unprofessional and unserious hacks out to attack President Trump and anyone who dares to work for him.

Former White House Communications Director Hope Hicks testified behind closed doors in front of the House Judiciary Committee last week. She flew in from California with a team of lawyers to do so after already cooperating for hours with the Mueller investigation.

During her testimony, Democrats were taking photos of her. It got so uncomfortable, her attorneys had to request Chairman Jerry Nadler ask them to stop. Not surprisingly, Nadler had to be prompted and didn't stop them on his own.

Mr. Trout [Hicks attorney]: Mr.Chairman, I think there are a number of people taking pictures here, and I just want to say that I think it's making the witness uncomfortable.  And I would very much appreciate it as a courtesy, if nothing else, if we could--

Adding insult to injury Nadler, the guy who issued the subpoena for Hicks to testify, repeatedly called her "Ms. Lewindowski." When repeatedly corrected, Nadler feigned ignorance, pretended not to know her name despite being the lawmaker who forced her to testify and then said he was too distracted to get her name right. That is of course a lie and Nadler repeatedly called her by a different name to shame and embarrass her under oath.

Even CNN, yes, CNN, was appalled.