Voters: Trump Has a Good Chance of Reelection in 2020 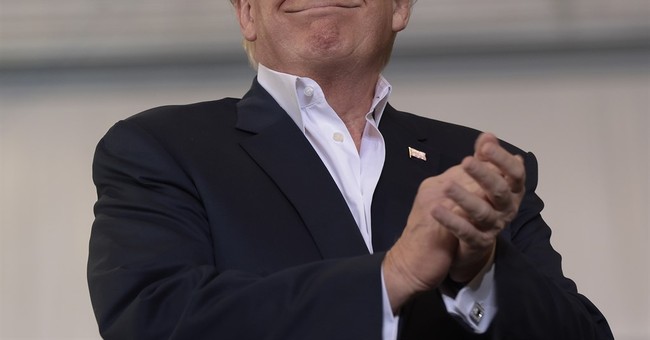 As a long list of Democrats continue to gear up to oppose President Donald Trump in 2020, most voters believe he's already on his way to re-election. From Rasmussen:

Most voters think President Trump is likely to win again in 2020, but Democrats are entering the upcoming presidential election more enthusiastically than other voters are.

A new Rasmussen Reports national telephone and online survey finds that 54% of Likely U.S. Voters think, regardless of how they plan to vote, that it’s at least somewhat likely that Trump will be reelected in 2020. Forty percent (40%) think his reelection is at least somewhat unlikely. This includes 30% who see a Trump reelection as Very Likely and 20% who say it’s Not At All Likely.

In the meantime, nearly three dozen other potential candidates are mulling their options. The Washington Post has a breakdown of elected officials, which doesn't include former NYC Mayor Michael Bloomberg, former Starbucks CEO Howard Schultz and other individuals in the business world.

President Trump's reelection campaign is beefing up for the fight.

I’m very excited to have two critical players from the 2016 election back with me, Bill Stepien and Justin Clark (@chefjclark)! The team is building and our relationship with the @GOP and @GOPChairwoman could never be stronger! #Trump2020 pic.twitter.com/R3rEht6x6i