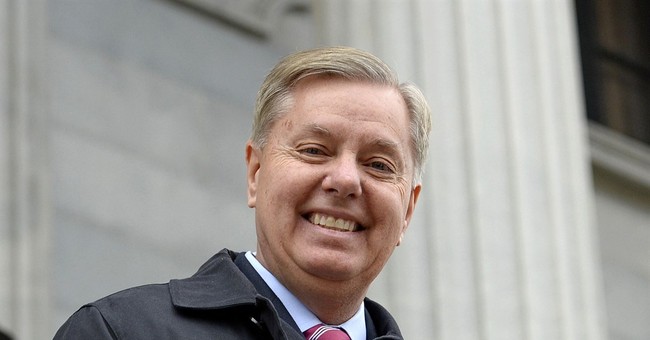 ....and one of the most highly respected lawyers and legal minds in the Country, he will be a great addition to our team. I look forward to having him join our very successful Administration!

"I am pleased that the President has made the choice to nominate the next Attorney General of the United States. Bill Barr is a talented, well-respected lawyer who has been committed to public service over the course of his long career. His compelling credentials and experience, serving at the highest levels in both government—including as a former attorney general under President George H.W. Bush—and in the private sector, make him more than well-qualified to lead the Department of Justice again," Grassley released in a statement. "I look forward to working with the President and Chairman Graham to move forward with former Attorney General Barr’s nomination in the next Congress.”

For years Grassley has been in charge of the nominations process in the Senate. In January, South Carolina Senator Lindsey Graham will take over as Judiciary Chairman and lead the confirmation hearing for Barr in the new Congress.

President @realDonaldTrump made an outstanding decision in nominating William Barr to serve as the next #AttorneyGeneral.

Mr. Barr is highly capable, highly respected and will provide new and much-needed leadership for the Department of Justice.

Having previously served as AG under President George H.W. Bush, Mr. Barr is a known quantity, a man of the highest integrity and character, and has an impeccable reputation.

He will provide a strong and steady hand to the fine men and women at the Department of Justice.

I will do everything in my power to push him through the Senate Judiciary Committee and onto the floor of the Senate for eventual confirmation as soon as possible.